Three fires are burning near Flagstaff. by Associated Press Tweet 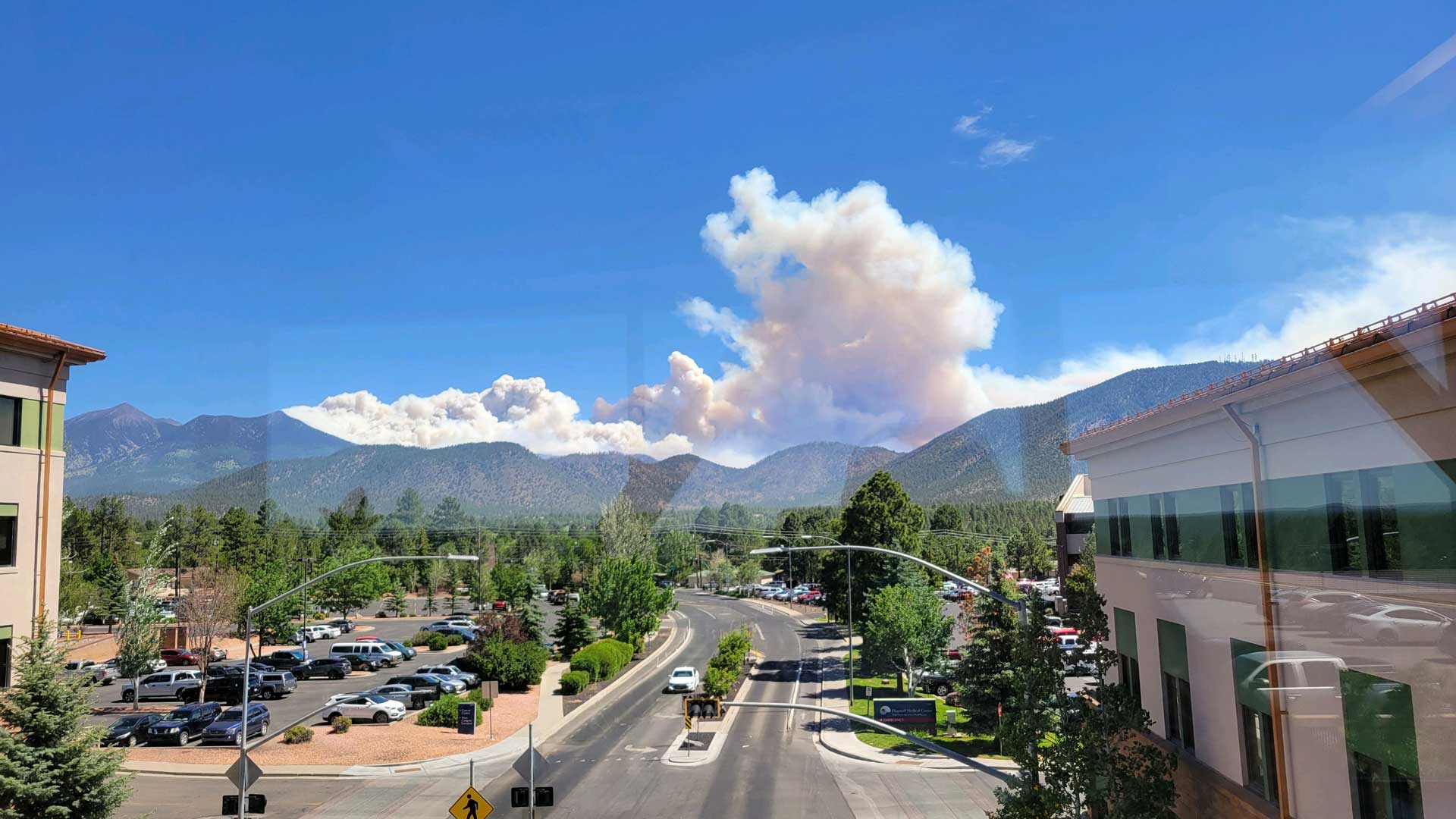 Fire crews in northern Arizona will be watching the wind Tuesday as they hope more moderate weather will help them get a better handle on a wildfire scorching the outskirts of Flagstaff.

Roughly 2,500 homes have been evacuated because of two wildfires burning on the outskirts of the city, known for its mountains, lush with ponderosa pines, meadows, and hiking trails.

Hundreds of other people in California and New Mexico have also been forced to flee homes threatened by wildfires.

Wildfires broke out early this spring in multiple states in the Western U.S., where climate change and an enduring drought are fanning the frequency and intensity of forest and grassland fires.

Flagstaff wildfire forces evacuations Here's how to help prevent wildfires this summer Fire restrictions take effect in national forests in Arizona
By posting comments, you agree to our
AZPM encourages comments, but comments that contain profanity, unrelated information, threats, libel, defamatory statements, obscenities, pornography or that violate the law are not allowed. Comments that promote commercial products or services are not allowed. Comments in violation of this policy will be removed. Continued posting of comments that violate this policy will result in the commenter being banned from the site.