Fire managers say the fire is more than 40% contained. by Christopher Conover Tweet 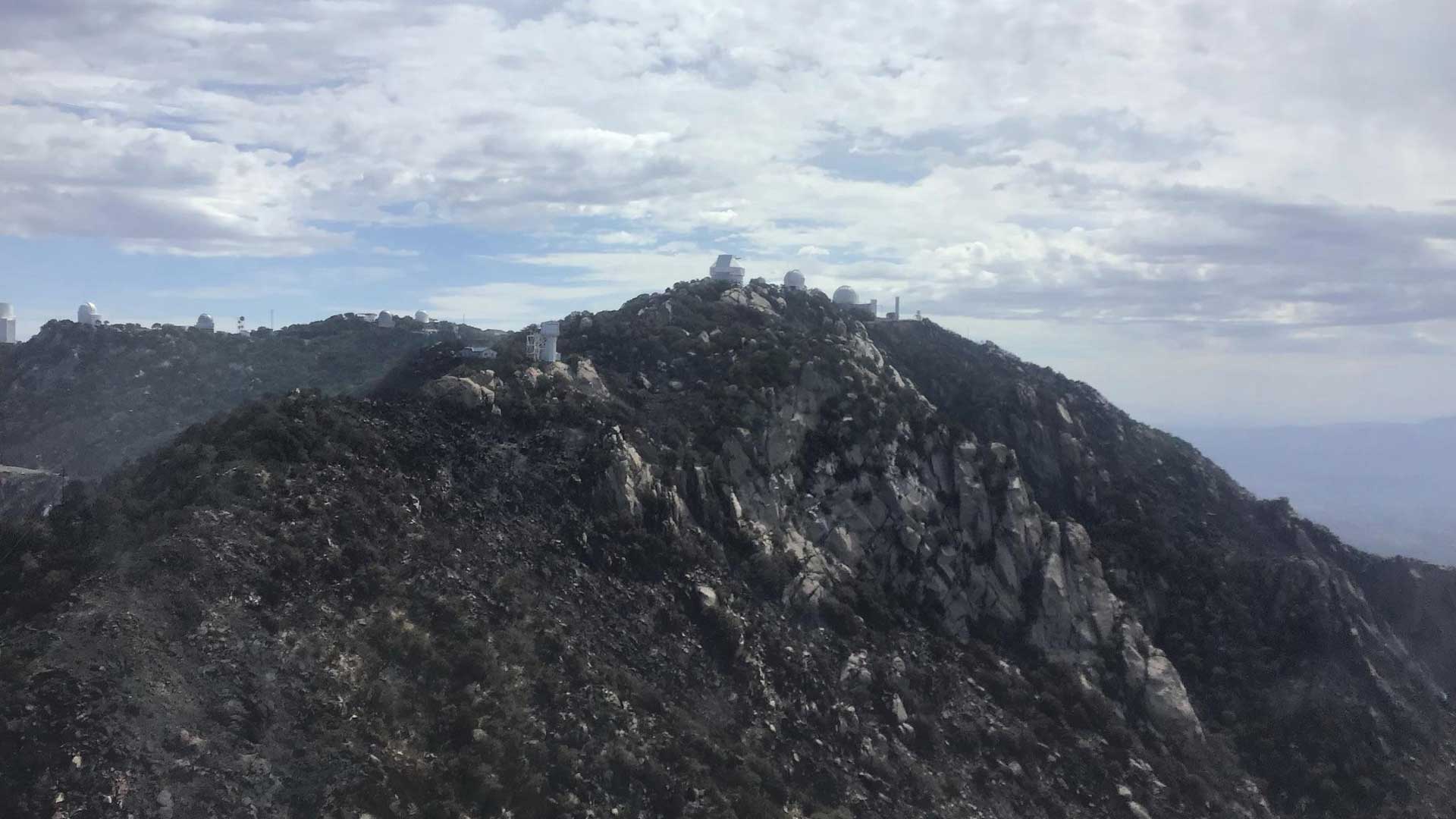 Authorities say a lightning-caused wildfire that led to an evacuation of the national observatory southwest of Tucson is 40% contained.

More than 300 firefighters are working to suppress the wildfire Saturday.

If all goes as planned, authorities say the blaze could be fully contained by next Sunday. The wind-whipped fire started June 11 on a remote ridge on the Tohono O’odham Indian Reservation, near Kitt Peak.

It had grown to 27.5 square miles before rain fell on the area Saturday. The fire was up to 29.4 square miles as of Sunday. Flames had reached Kitt Peak by Thursday, and officials ordered evacuations in a small community north of the mountain.

Fire managers reported that four buildings at Kitt Peak were destroyed including a dormitory but so far, there are no reports of buildings housing telescopes being damaged.

Contreras Fire listed as 100% contained Officials expect wet weather as Contreras Fire passes 20,000 acres 4 buildings at Kitt Peak lost in wildfire
By posting comments, you agree to our
AZPM encourages comments, but comments that contain profanity, unrelated information, threats, libel, defamatory statements, obscenities, pornography or that violate the law are not allowed. Comments that promote commercial products or services are not allowed. Comments in violation of this policy will be removed. Continued posting of comments that violate this policy will result in the commenter being banned from the site.