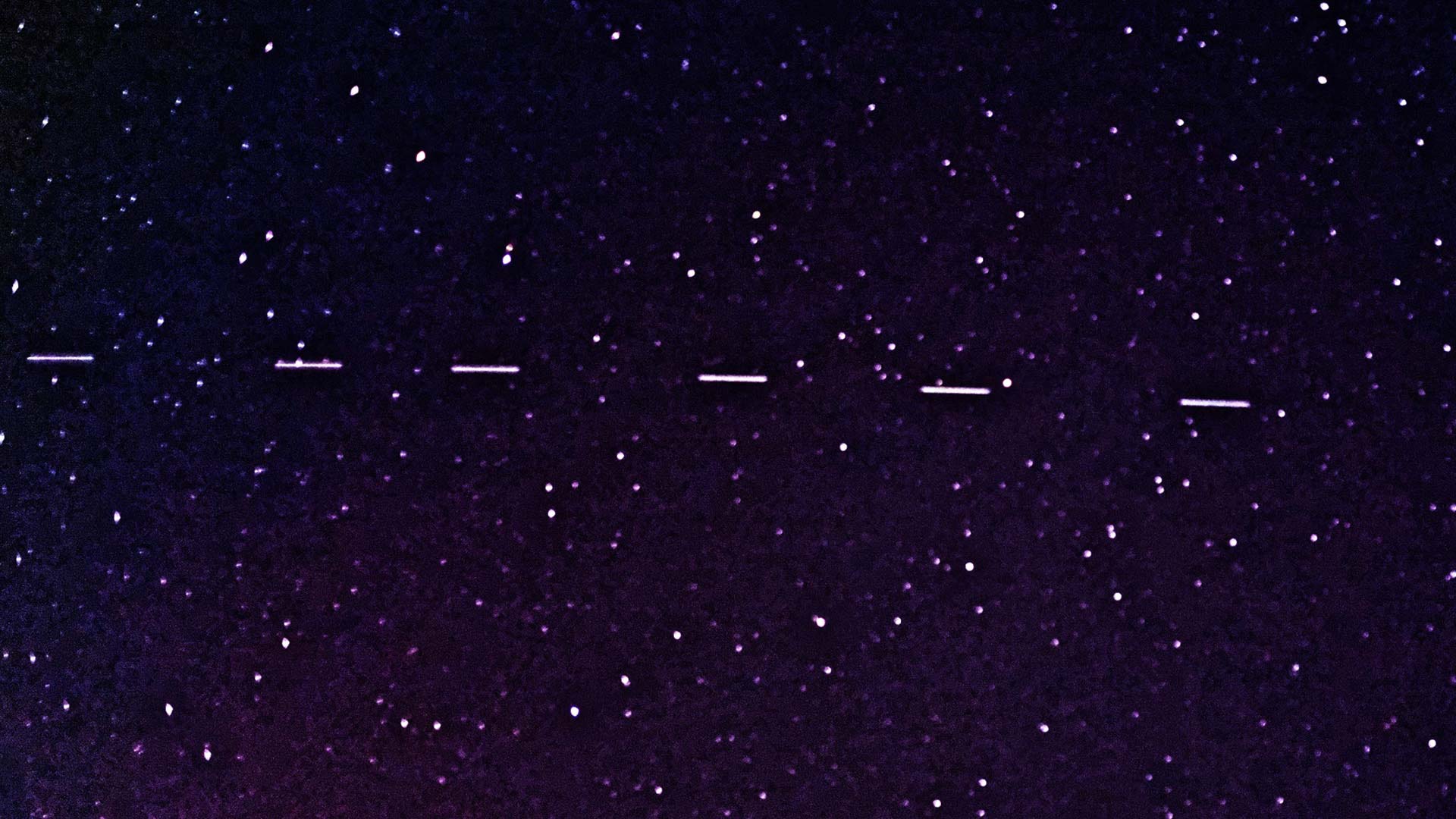 More than two dozen new Starlink satellites are scheduled for launch aboard a Space X rocket August 9. If successful, they will increase the number of the small communications satellites in the network to more than 2,500.

New University of Arizona graduate Grace Halferty is the lead author behind one of the first peer-reviewed studies on satellite constellations cluttering the night skies and hampering astronomers' observations. She notes Space X responded to skywatchers' complaints by making their satellites darker and less reflective of sunlight.

“But the main issue is there is no regulation, and it can always change," said Halferty.

The study measures the satellites’ brightness and tracks their paths through the sky. Halftery says it can at least warn astronomers when to close the shutters on their cameras to keep streaks of light from intruding on their long-exposure images.

University of Arizona astronomy researchers track space junk to the Moon Nobel committee cites UA astronomy breakthrough in prize award Stargazing and Other Astronomy Activities You Can Do With Kids
By posting comments, you agree to our
AZPM encourages comments, but comments that contain profanity, unrelated information, threats, libel, defamatory statements, obscenities, pornography or that violate the law are not allowed. Comments that promote commercial products or services are not allowed. Comments in violation of this policy will be removed. Continued posting of comments that violate this policy will result in the commenter being banned from the site.