Search Firm May Mean Outside Hires at TUSD, PCC

The Tucson education community is recruiting for candidates to fill two top leadership positions at the same time, and the search committees should look for someone who can make changes, says a leadership expert.

Attracting two people at the same time, in the search for a new superintendent of the Tucson Unified School District and a new chancellor at Pima Community College, should not be a problem in itself, said Art Padilla, a former vice president at the University of North Carolina and a professor in the Eller College of Management. 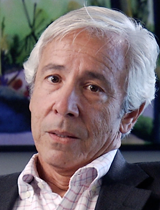 The two positions are different, he said, so it's not a matter of attracting two people to the same job, but getting a qualified person in a position to make changes.

"The larger issue is, looking forward, with all the turmoil you've had with boards and budget cuts and so on, who really is going to apply for those jobs? That's where the attention should be focused," Padilla said.

Both educational institutions are important, and they both need to consider how they are governed, Padilla said.

Though the college is on academic probation with the Higher Learning Commission, Padilla said problems can be overcome with new leadership, while some of TUSD's issues will remain even with a new superintendent.

Governmental agencies are turning to search firms frequently, Padilla said. While those firms can find candidates and vet them, they are too often treated as the alternative to a thorough search process conducted by a committee of employees of the institution, he said.

"Part of this is due to the increased use of search firms," he said. "If you pay a search firm $300,000 and you end up hiring the guy sitting right next to you, people are going to start asking, why did we bring in a search firm?"

Texas Educator Named TUSD Superintendent Finalist PCC Interim Chancellor Resigns PCC Fires Firm Aiding Chancellor Search
By posting comments, you agree to our
AZPM encourages comments, but comments that contain profanity, unrelated information, threats, libel, defamatory statements, obscenities, pornography or that violate the law are not allowed. Comments that promote commercial products or services are not allowed. Comments in violation of this policy will be removed. Continued posting of comments that violate this policy will result in the commenter being banned from the site.