The Tucson Unified School District Governing Board has named one finalist for superintendent, the district announced in an email press release. 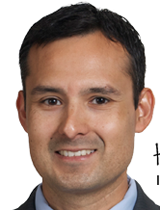 H.T. Sanchez, interim superintendent at Ector County Independent School District in Odessa, Texas, was selected by a 3-2 vote and will appear at a community forum on Wednesday.

A final board vote will occur at an unspecified date in the near future for the replacement for John Pedicone, who announced in March that he would resign at the end of June. Pedicone has been superintendent since January 2011.

The search for superintendent began in April using an outside firm. The district said in the press release that 67 applications were received and, after an initial screening, the list was narrowed to 21. All were interviewed by the search firm, and 10 were presented to the board for consideration. Four were interviewed on June 8.

A community forum with Sanchez is scheduled Wednesday from 7 p.m. to 9 p.m. at Catalina Magnet High School, 3645 E. Pima St. The forum will be audio-streamed through the TUSD website, www.tusd1.org.

TUSD's new superintendent will face a series of issues from day one. The district is preparing to adopt a budget that cuts $17 million in spending, including the closures of 11 schools and layoffs of more than 150 staff members.

Additionally, the Governing Board has been divided on issues around ethnic and cultural curriculums, having voted to eliminate Mexican American Studies last year to avoid a state funding reduction.

TUSD Hires New Superintendent TUSD's Finalist for Superintendent Meets with Public Search Firm May Mean Outside Hires at TUSD, PCC
By posting comments, you agree to our
AZPM encourages comments, but comments that contain profanity, unrelated information, threats, libel, defamatory statements, obscenities, pornography or that violate the law are not allowed. Comments that promote commercial products or services are not allowed. Comments in violation of this policy will be removed. Continued posting of comments that violate this policy will result in the commenter being banned from the site.