Flagastaff scientist delves into it, comes up with controvertible argument about red planet. Tweet 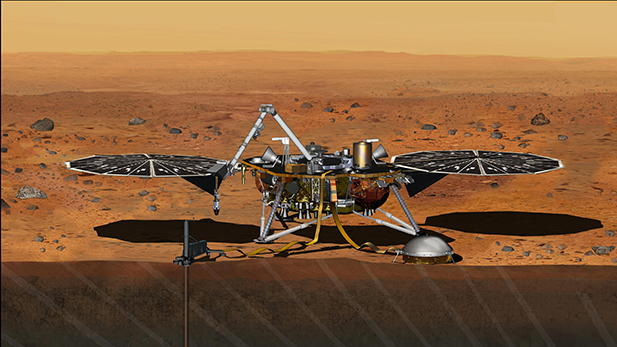 A Flagstaff scientist’s research has deepened the mystery of what happened to what was thought to be a thick, carbon-laden atmosphere on Mars.

Christopher Edwards, a U.S. Geological Survey scientist, was lead author of a study that examined the idea that Mars once had a thick atmosphere of carbon dioxide that eventually ended up buried, or sequestered underground.

His research shows that hypothesis is unlikely. Edwards used data from three orbiting spacecraft to measure the size of Mars’ largest deposit of carbon-bearing rock. He found it didn’t contain enough carbon to support the sequestration idea.

Edwards said that might mean ancient Mars didn’t have a thick atmosphere after all. Another possibility is that Mars lost most of its atmosphere to space, blown off by solar wind.

That is one of the questions that NASA’s latest Mars orbiter, MAVEN, may answer.

Flowing Water On Mars Opens Door For New Exploration 'Strongest Evidence' Mars Has Water, UA Scientist, Others Say NASA Invitation: Send Yourself to Mars Next Year
By posting comments, you agree to our
AZPM encourages comments, but comments that contain profanity, unrelated information, threats, libel, defamatory statements, obscenities, pornography or that violate the law are not allowed. Comments that promote commercial products or services are not allowed. Comments in violation of this policy will be removed. Continued posting of comments that violate this policy will result in the commenter being banned from the site.