It's Busy Time for for Sports in Arizona, College and Pro 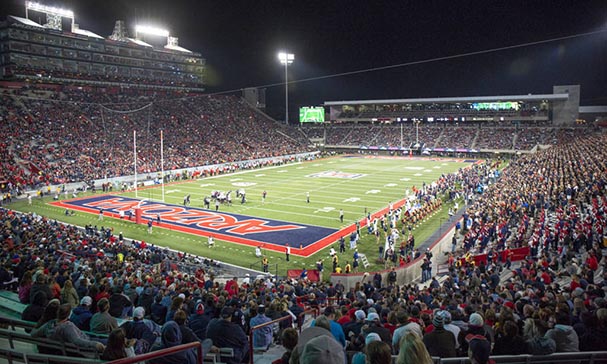 The next seven weeks will be filled with the sounds of holiday shopping, and spectator sports in southern Arizona, beginning with the annual football rivalry match between the University of Arizona and Arizona State University Saturday.

Then, the fun really begins.

Arizona Daily Star sports columnist Greg Hansen says coach Rich Rodriguez could be hired away by a rival school before the season ends. He expects Rodriguez may get offers from South Carolina, Virginia Tech, or Miami, all universities which either fired their head coaches or lost them to retirement this year.

"I think it’s pretty good odds that one of those schools will make a run at him. Which one is anyone’s guess," Hansen said. "Then it becomes: will he listen?”

Hansen said it is unlikely Rodriguez will make his decision based on salary. The head football coach earns almost $3.5 million a year at Arizona.

“If he does leave," Hansen said. "It would be because it would be back to his home turf, or close to it.”

Meanwhile, Tucson’s love for college football will be tested during the final week of the year. Organizers will stage a post-season bowl game at Arizona Stadium, bringing back memories of the Copper Bowl games 20 years ago.

Hansen recalls the memories from those games are not all good for Tucson, and next month’s experience might not be better. 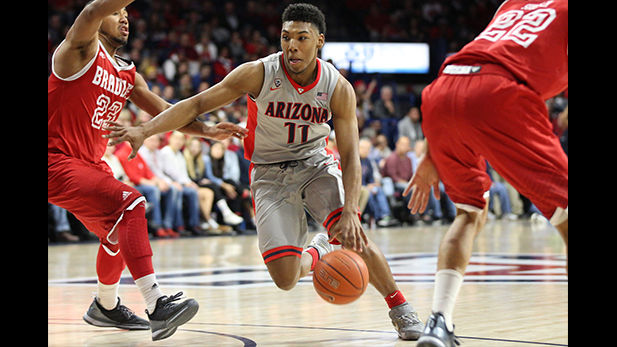 Sports Columnist Greg Hansen thinks the Wildcats basketball team will be hit their stride at the end of December.
Courtesy University of Arizona

Eighty college football teams will be invited to bowl games nationwide. Hansen fears the squads coming to Tucson could arrive with losing records, and then, they’ll be forced to compete for local sports fans’ attention with U of A basketball.

The basketball Wildcats may be Southern Arizona’s most popular athletes. Hansen thinks they will be hitting their stride at the end of December.

Finally, December could see Arizona in the spotlight in the National Football League. The Cardinals are the best team in what Hansen considers a weaker-than-usual conference.

“Even if the Cardinals don’t win the West division they could still get in the playoffs," said Hansen.

NFL players are making headlines for everything from domestic violence to drug-related issues this season. The casual sports fan might see the underdog Cardinals as the league’s feel-good story, looking ahead to its landmark 50th Super Bowl in February.

Tucson Tries Another College Football Bowl Game Arizona and Duke agree to basketball series for 2023 and 2024 Southern Arizona schools upgrade security and active-shooter training as schools prepare to open
By posting comments, you agree to our
AZPM encourages comments, but comments that contain profanity, unrelated information, threats, libel, defamatory statements, obscenities, pornography or that violate the law are not allowed. Comments that promote commercial products or services are not allowed. Comments in violation of this policy will be removed. Continued posting of comments that violate this policy will result in the commenter being banned from the site.