Refugees in Tucson: Lives as Immigrants Contribute to Our Community.

The International Rescue Committee responds to the world’s worst crises and helps people to survive and rebuild their lives. by Luis Carrión Tweet 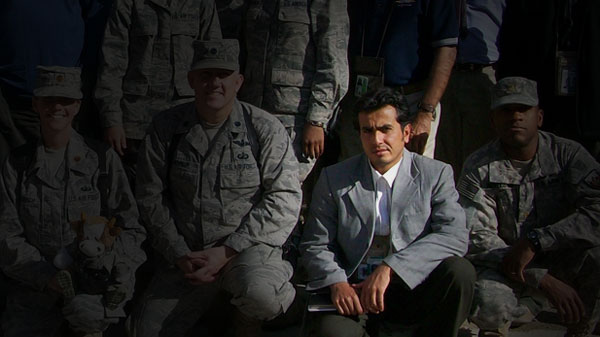 Said Said with US Troops in Afghanistan

Said Said is a recent immigrant to the United States. He’s from Afghanistan and he’s been in this country less than a year. His I.T. skills have allowed him to get a decent office job, which is no small feat considering the current unemployment rates. But, as you might expect, he’s encountered difficulties in adjusting to a new way of life. There are language barriers to overcome, and he says that navigating the new and unfamiliar, while feeling disconnected from friends and family back home has been difficult.

He says that he feels fortunate to have landed a job with the American armed forces when he was in Afghanistan, and it is because of this support role for the American troops that he eventually felt compelled to leave his homeland. Said faced a serious threat of death because of his involvement with the US armed forces in Afghanistan, and he was granted refugee status. With the help of the International Rescue Committee he resettled in Tucson, where he is now in the process of rebuilding a life in an entirely new community.

“Right now it’s getting better,” he says with an uncertain smile. “I started from zero and I’m trying get a job and become a productive citizen of the United States.”

I ask Said if he has any photos of his life in Afghanistan, or of his family that he was forced to leave behind. He shares with me the only pictures he has, and they are of him with his US military employers. He’s posing in a suit, with about a dozen troops in camouflaged gear. “It was a very hard decision that I took,” he says to me, and it’s clear that he left with little more than the clothes on his back. 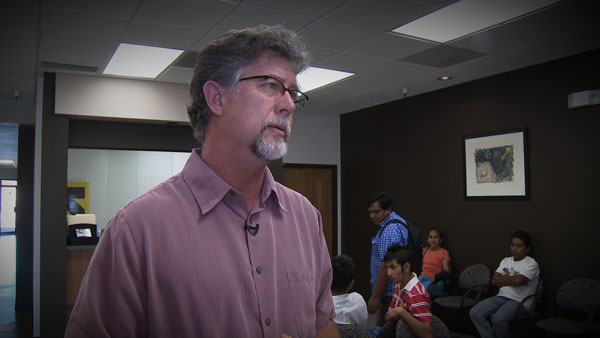 Ken Briggs is the Executive Director of the International Rescue Committee’s Tucson Office. He says that Said’s story is typical of the refugees that flee the strife, conflict, and persecution around the world. He shows me the lobby of the new Tucson IRC office, where refugees wait to see staff members. “Our clients are coming to us from all over the world,” he says, "wherever there has been violent conflict, or where they have been oppressed by their governments.” 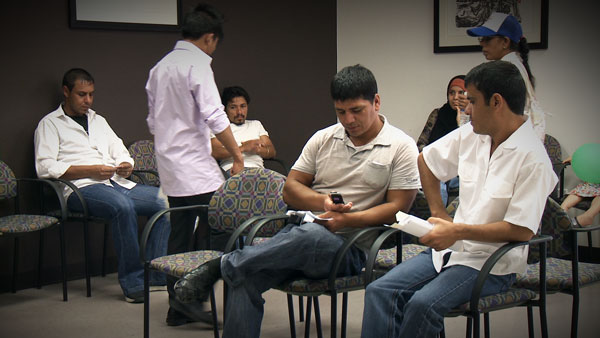 On this day we see people from all corners of the planet gathered in the lobby. And, although happy and gracious, many look tired and it’s clear that life is a struggle for them in their new desert home. “With the recession it’s become very difficult to find a jobs,” Briggs says. “Refugees are coming from those difficult situations and finding that it’s more difficult to achieve 'the dream' than they had anticipated.”

Along with the cultural adaptations, and the difficulties associated with finding work during a recession, Briggs points out that the recent generalized anti-immigrant sentiment could potentially have an impact on IRC clients. This in spite of the fact they are here legally. The staff has worked with clients on how to navigate any potential issues that may arise, and they have also communicated with local police and other authorities about their concerns. “Their legal status is really not in question at all,” Briggs says. “It’s a life saving issue, and we’re dealing with people that have been through the worst things imaginable.” 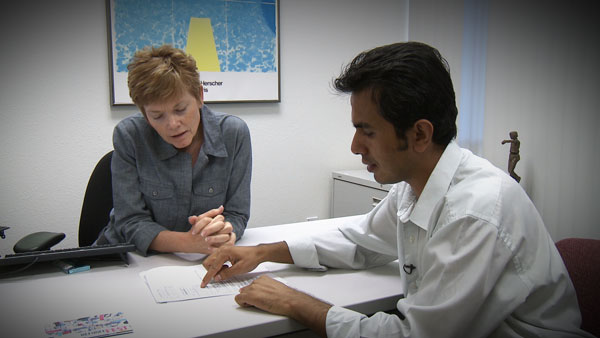 Diane Stuart is a member of the staff at IRC, and she first met Said as a client. She is now also Said’s Supervisor, and she has helped him overcome one major obstacle in establishing his new life in the US by offering him a job.“I consider him an example of the hidden skills that are coming into this country,” she says. “I saw on his resume the he knew Excel and I was thrilled to hire him.”

Said, young and eager to learn, says that it has been a difficult journey but he's determined to make the best of his situation. “At first I thought it was different. But now I like Tucson, the people here are good.”

This Saturday, you can Commemorate World Refugee Day at El Presidio park downtown. From 5 to 9 pm Tucson World RefugeeFest will feature music, dance and art from countries around the world, as well as ethnic food and interactive activities.

Number of Central Americans Crossing Border Rises Anew Fleeing Homelands and Finding Refuge in Familiar Foods Arizona hits record low unemployment, but Tucson lags in jobs recovery
By posting comments, you agree to our
AZPM encourages comments, but comments that contain profanity, unrelated information, threats, libel, defamatory statements, obscenities, pornography or that violate the law are not allowed. Comments that promote commercial products or services are not allowed. Comments in violation of this policy will be removed. Continued posting of comments that violate this policy will result in the commenter being banned from the site.