TuSimple hopes to complete its pilot run by the end of next year. by Zachary Ziegler Tweet 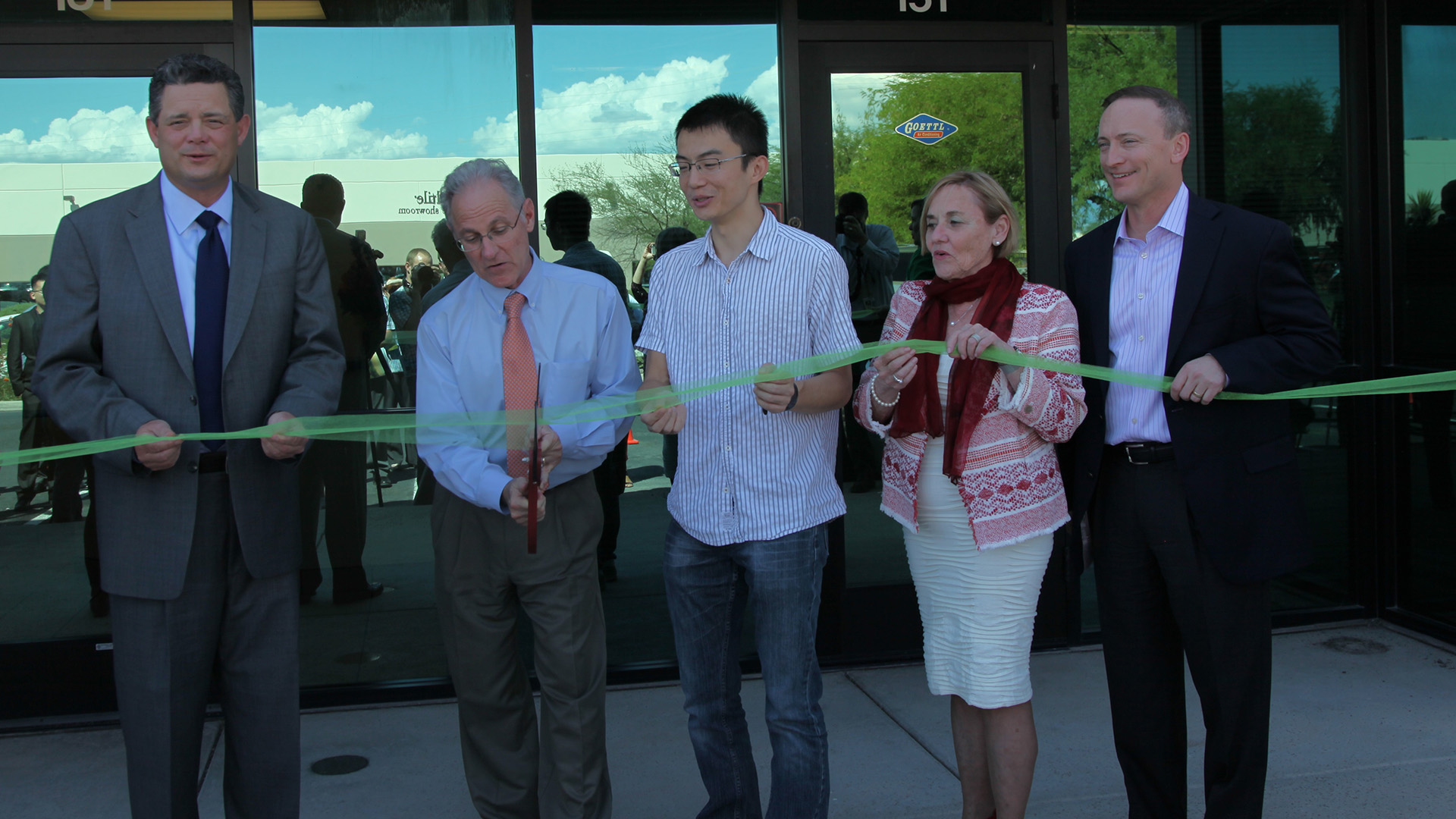 A China-based company developing driverless commercial trucks announced on Monday that it has opened a Tucson office.

TuSimple will test and demonstrate its vehicles out of a new facility near Interstate 10 and Grant Road.

The company is interested in creating trucks that can handle long-haul drives between warehouses, and not what is known as last-mile trucking, which is deliveries to individual companies and customers.

The company will start with a Tucson workforce of between 10 and 30 workers, with plans to hire 100 people in the next five years.

Regional economic development group Sun Corridor estimates the company's economic impact in the area over that time to be $81.7 million.

The company initially started investigating Tucson due to a linguistic coincidence, according to Xiaodi. He said TuSimple and Tucson are written with the same two characters in Chinese.

But when the company started to research the area, he said it found laws friendly to driverless car testing, inexpensive rent and a university with strong engineering programs.

Rothschild and Pima County Administrator Chuck Huckelberry both said their municipal governments did not have to offer TuSimple any tax incentives to bring the company to Tucson.

Company executives plan to run a pilot test of five fully loaded autonomous trucks on I-10 by the end of next year.

The Tucson location is TuSimple's second U.S. office. The first is in San Diego.

Autonomous Truck Company to Add 500 jobs in Tucson Kroger Begins Testing Driverless Grocery Deliveries in Scottsdale Waiting for Perfect Self-Driving Cars Could Cost Lives
By posting comments, you agree to our
AZPM encourages comments, but comments that contain profanity, unrelated information, threats, libel, defamatory statements, obscenities, pornography or that violate the law are not allowed. Comments that promote commercial products or services are not allowed. Comments in violation of this policy will be removed. Continued posting of comments that violate this policy will result in the commenter being banned from the site.