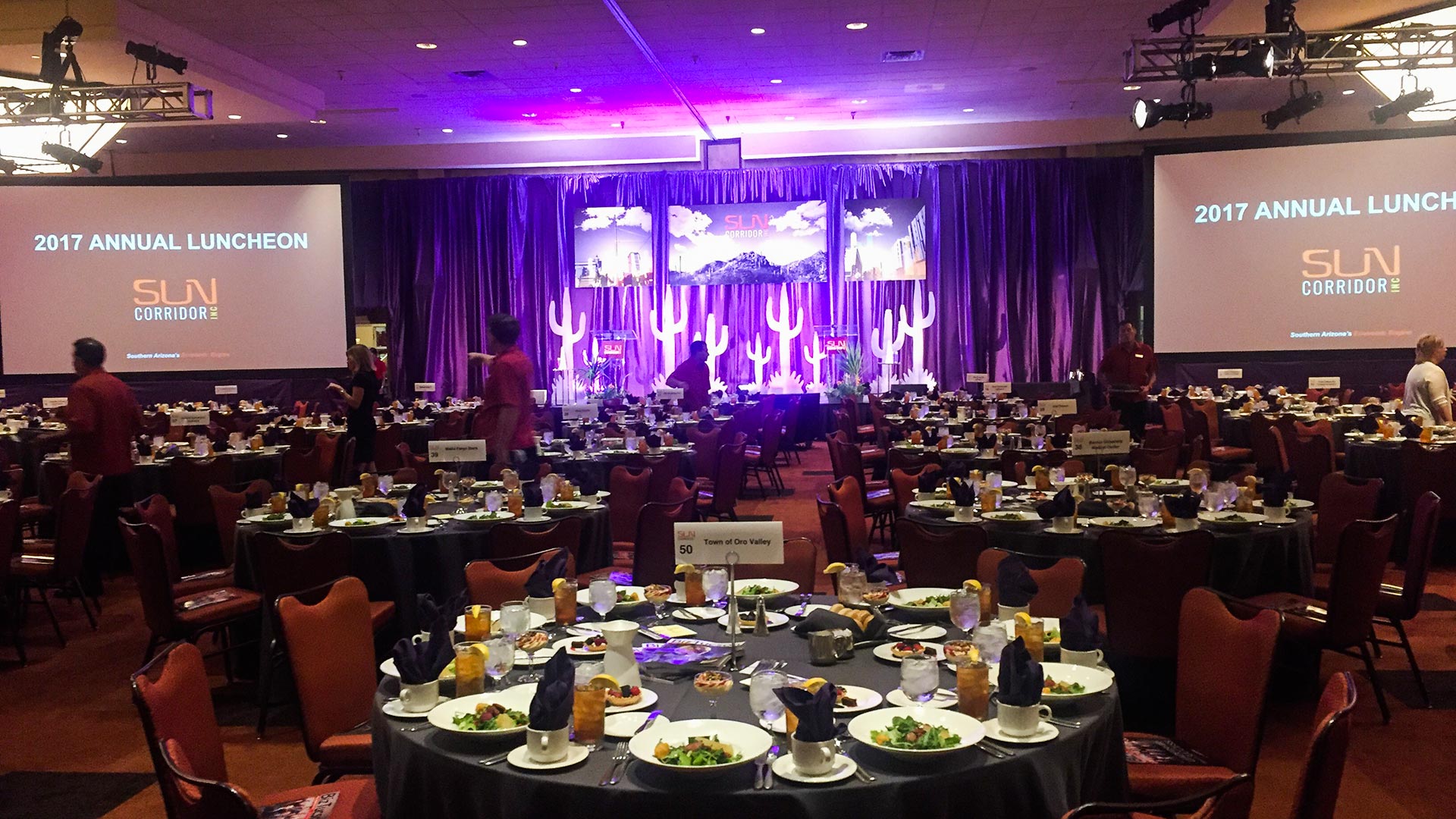 Tables set for Sun Corridor's 2017 luncheon, an annual event in which the organization lays out it's development goals for the region.
Brandon Mejia, AZPM

Sun Corridor’s economic development plan for next year relies heavily on the University of Arizona.

The goal of the regional economic development organization, according to President Joe Snell, is to drive up non-retail job growth and draw to Southern Arizona companies that can provide the talent and desire to grow.

The UA has a huge economic impact on the community, according to Snell.

“The University of Arizona is the single best asset we have in this community. Without it we’d have it tough. The university is critical and paramount to our future success,” he said.

Sun Corridor has built relationships with companies like Caterpillar and Raytheon in Southern Arizona.

The agency is awaiting word on its largest economic proposal: competing with other cities to recruit online retailer Amazon.

Downtown Tucson Renewal Sparks Office Space Interest Tucson Can Keep Tax Incentive for Downtown Redevelopment Agency Cooperation Brought Caterpillar to Tucson, Exec Says
By posting comments, you agree to our
AZPM encourages comments, but comments that contain profanity, unrelated information, threats, libel, defamatory statements, obscenities, pornography or that violate the law are not allowed. Comments that promote commercial products or services are not allowed. Comments in violation of this policy will be removed. Continued posting of comments that violate this policy will result in the commenter being banned from the site.