Rillito Race Track Owes Future to the Past

The Jelks Stables gave birth to the Rillito Racetrack and are helping to keep the track alive. Tweet

Just a few yards from the north side of the Rillito Race Track is a hacienda and stable obscured by mesquite trees. While it faces River Road, the large wall and the grove of mesquite trees keep it from view.

80 years ago, Roukin Jelks built his the Sonoran style revival home and established a stud farm for quarter horses. 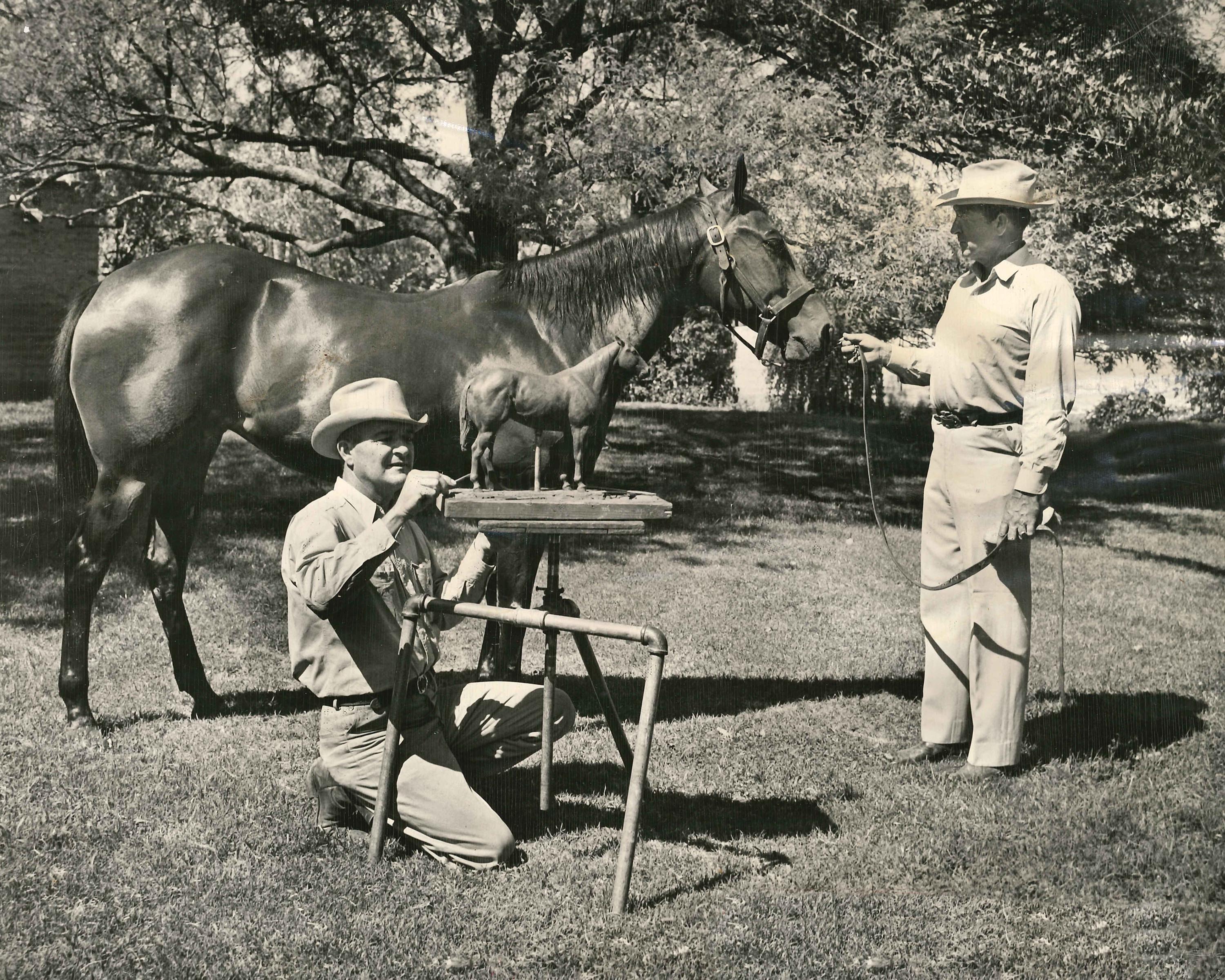 Jelks loved racing. And so did Southern Arizona ranchers. During the week, their horses would work the ranches and fields – but on the weekends ranchers would wager each other on the speed of their horses. Jaye Wells is the President of the Rillito Park Foundation.

"At that time, people don't understand that Tucson was the center for all quarter horse racing throughout the West.  And it was a huge circuit, much bigger than we would ever think of it today. It went all the way from Houston, to Oklahoma City, Tulsa, north to Denver – even to San Francisco." 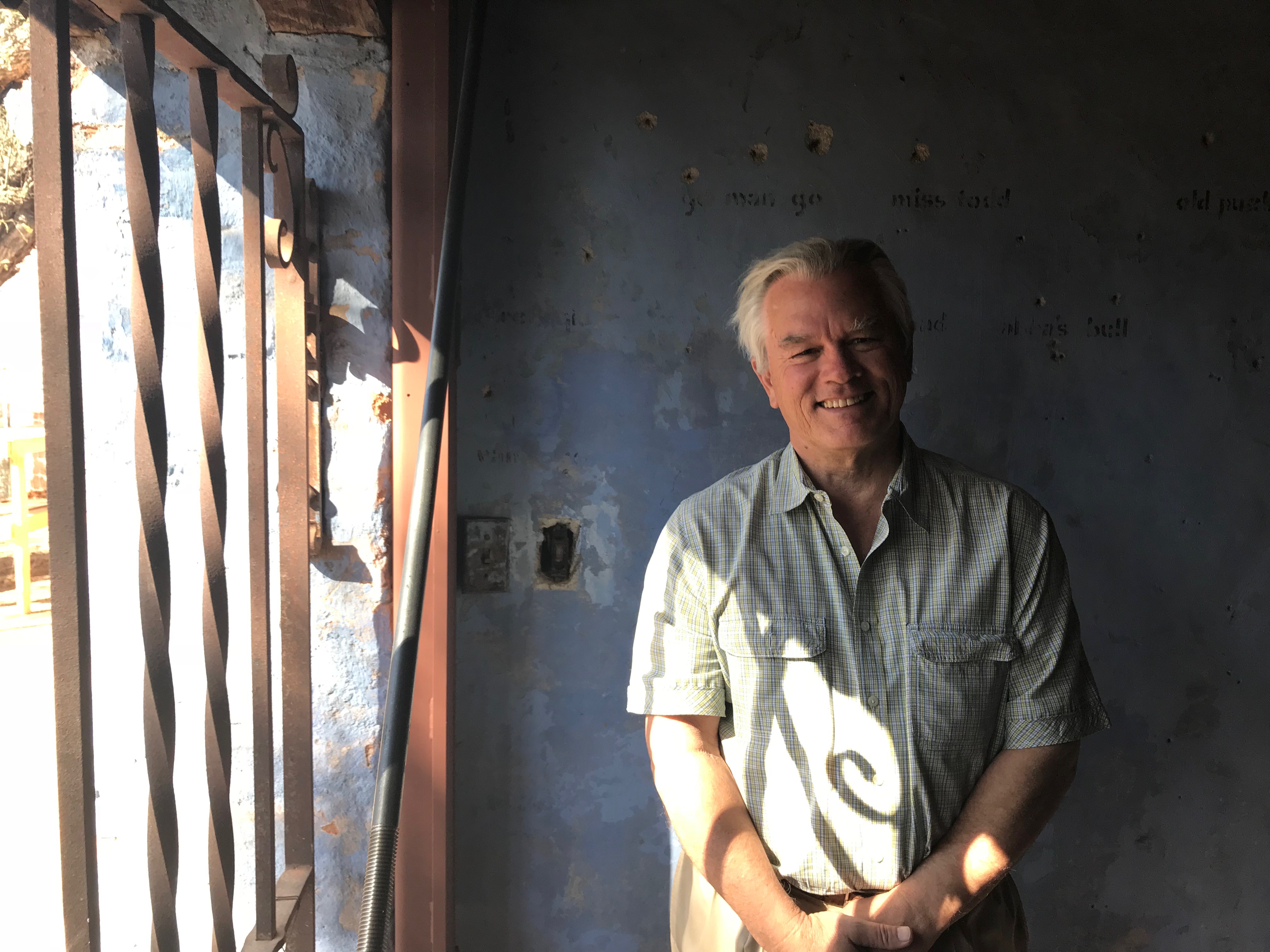 Nancy Montoya
The informal races became so popular, that Jelks decided to build his own personal race track right in his backyard – and that was the start of the Rillito race track.

The Rillito Race Track would eventually evolve into what we see today, but not the Jelks stables or the home. There have only been two owners. In 2007 it was left to Pima County.   The county padlocked it and left it as is, aside from some upkeep of the exterior. The Jelks home and stables are a piece of history frozen in time.

Jaye Wells says he is amazed by the craftsmanship and the materials used to build the Sonoran Revival Style home.

"All of the iron work, these doors that go into the stable area – all of the entrance doors to the house – were done in Mexico and brought up. And these adobes actually came from near Santa Anna which is south of Magdalene. So imagine back in the 30s hauling all of this material up here." 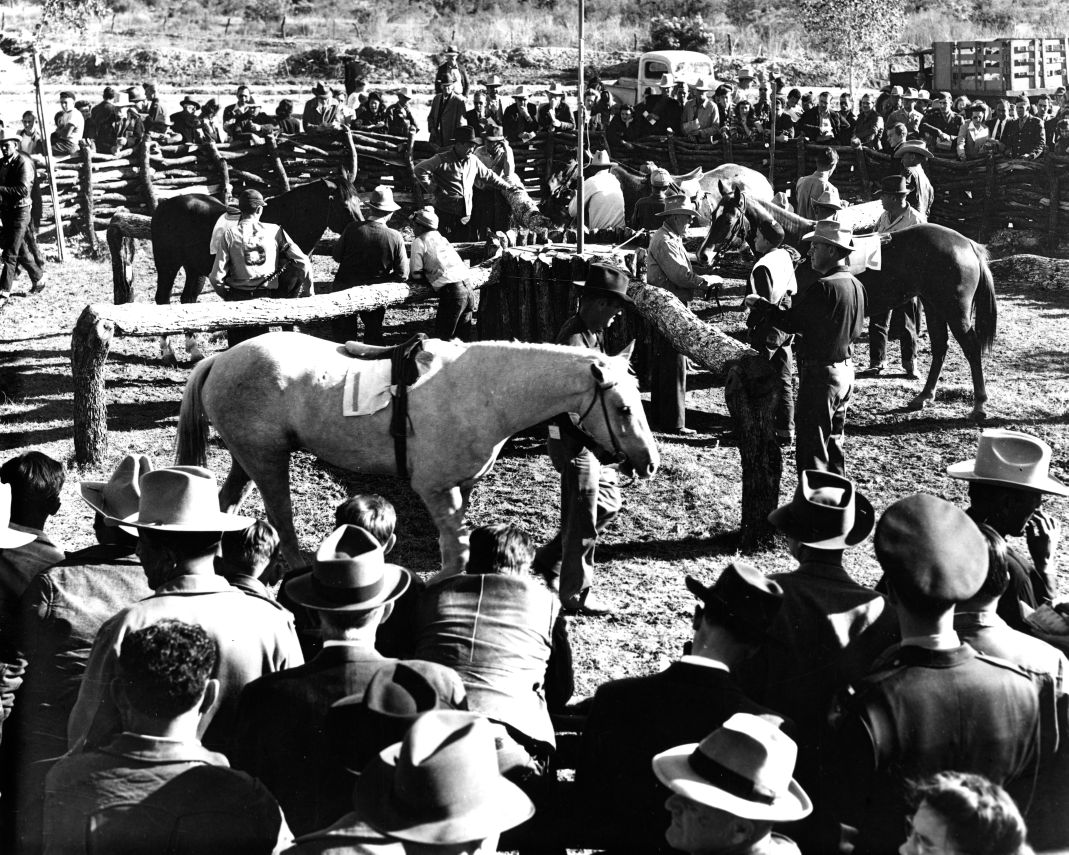 The paddock at the Rillito Park Racetrack, where professional horse racing began in Tucson in the 1940s. This is where spectators could view and asses the competing horses before the races. According to David Leighton, the paddock was surrounded by a retaque fence made of mesquite wood. (PHOTO: Rillito Park Foundation)

Through the years developers have wanted Pima County to sell the track and surrounding areas. At one point it fell into disrepair. The track was closed, then reopened and in 1990, the soccer community demanded the track be torn down and turned into needed fields for soccer.

Pima County Administrator Chuck Huckelberry said the county was being asked to choose the past over the present and the future.

Ted Schmidt is the President of the Pima County Youth Soccer Association. He says, right now, Pima County needs another 40 fields just to keep up with the soccer field demand.

“The youth soccer community has nothing against the horse racing community, it’s just location – location – location. When this horse track was built, there were 27-thousand people in Tucson and it was at the end of the dirt road – if we were going to build a race track today – would we put it here.?

A delicate cease-fire has been called. Racing attendance has hit an all time high, and the track has been completely rehabilitated. There are new stables, but much still has to be done. There are now 12 soccer fields at the park including four inside the track.

Pima County has given the Rillito Foundation a 25-year lease to renovate the home and stables and turn it into a space open to the public as a museum and for special occasions. And now that the property has been placed on the National Registry of Historic Places, Wells is confident private money and grants can be raised to take care of the Jelks Home and Stables, plus money to keep the Track and the Soccer fields going.

Jaye Wells says the Rillito Park Foundation has already raised almost a million dollars to put into the entire park, and is confident the community will step up to help.

“We don’t believe the taxpayers should necessarily be supporting horse racing, soccer fields, farmer’s markets. If there is a chance that revenues can be generated … and fusing that with nonprofit dollars and nonprofit management, we think it is a win-win–win for everybody concerned.” 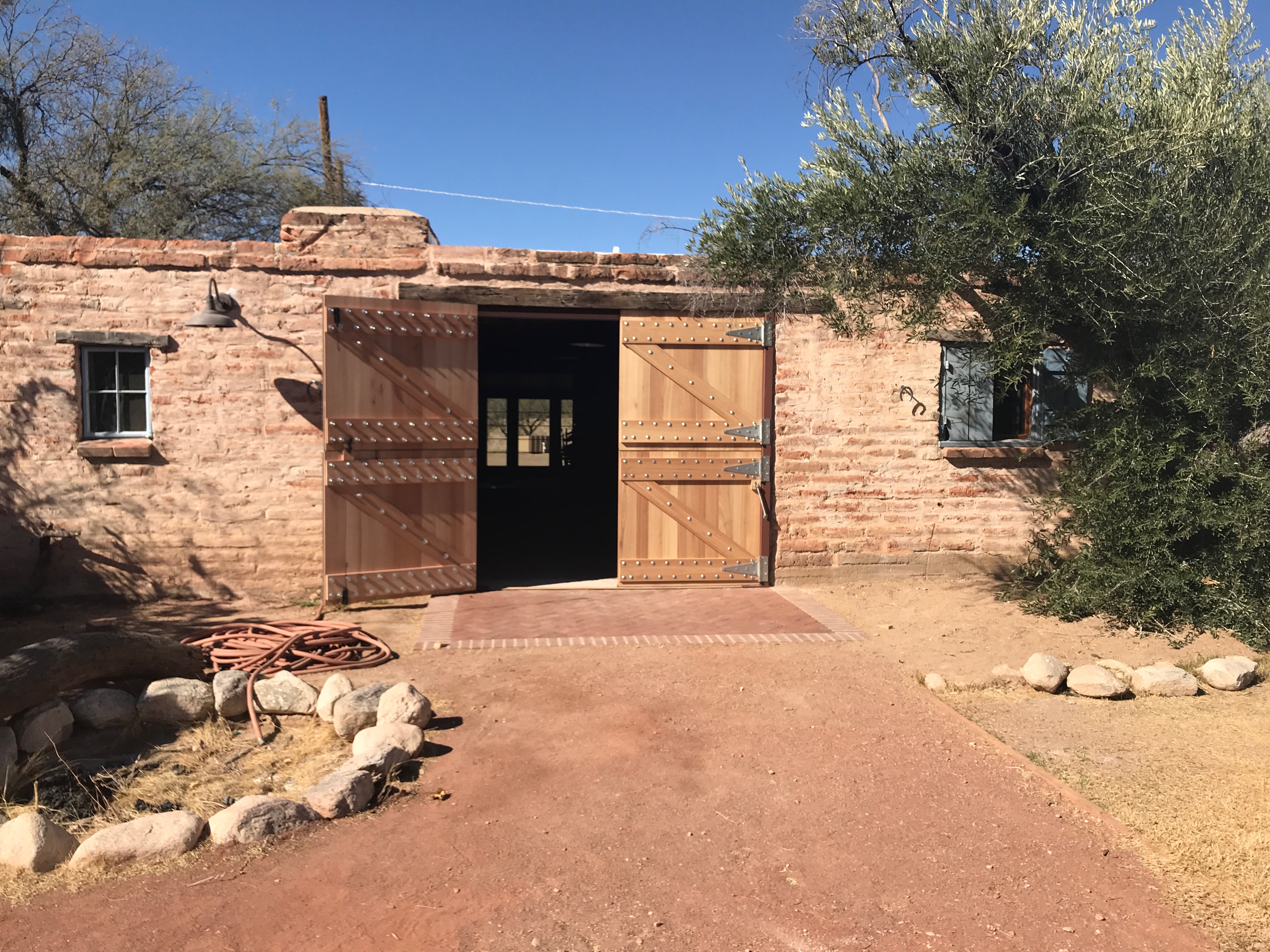 Supply, communication stymie Rillito Park vaccination plan Rillito Foundation Offers 30 Internships With UA Agriculture College Rillito Horse Racing Gets Another Lap: Through 2021
By posting comments, you agree to our
AZPM encourages comments, but comments that contain profanity, unrelated information, threats, libel, defamatory statements, obscenities, pornography or that violate the law are not allowed. Comments that promote commercial products or services are not allowed. Comments in violation of this policy will be removed. Continued posting of comments that violate this policy will result in the commenter being banned from the site.