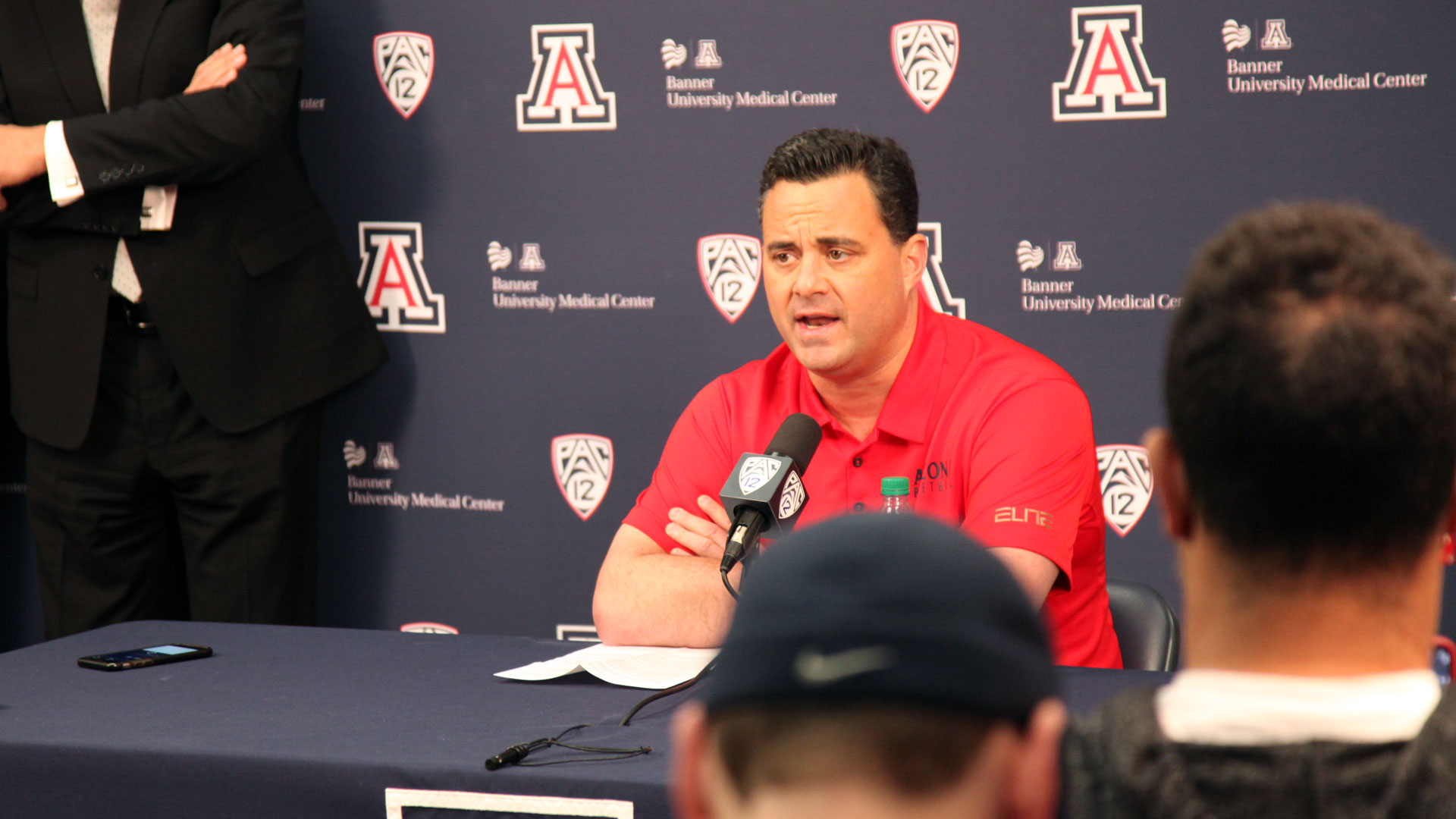 University of Arizona men's basketball head coach Sean Miller defended himself at a press conference Thursday, saying he has done nothing wrong and denying reports that he discussed a payment to secure a recruit for the program.

Miller said he looks forward to coaching the Wildcats this week, asserting he has never and will never be involved in payments for recruits.

"I have never knowingly violated NCAA rules while serving as head coach of this great program. I have never paid a recruit or prospect or their family or representative to come to Arizona. I never have and I never will," Miller said.

He defended player DeAndre Ayton, who was named as the prospect in reporting about the alleged discussion of payment, saying media reports had sullied the name of a "tremendous young man." Miller said he never discussed with Christian Dawkins any payment to bring Ayton to the Arizona program.

Miller also alluded to an event in which someone "suggested" to him money be paid to recruit a player to the Arizona men's basketball team. He said he did not agree to it, that no money was paid and that the player did not come to the University of Arizona. Miller did not say who made the suggestion and did not name the player.

The University of Arizona coach did not take questions at the event.

Last Saturday, Miller announced he would not coach the Wildcats against Oregon that same night, the day following the publication of the controversial ESPN report.

Prior to the March 1 press conference, questions lingered as to whether he would be coaching the team against Stanford that night. Miller implied at the press conference he would continue coach the team as they seek the Pac-12 regular season title this week.

The Arizona Board of Regents met Thursday to discuss Miller's contract during an executive session.

The meeting took place behind closed about 90 minutes after Miller's statement. Following the meeting, UA President Robert Robbins said the university has set in motion an independent investigation, but he fully backs Miller. Board chairmain Bill Ridenour also said the regents will stand with Miller.

Watch video of the press conference below from our Facebook page livestream.

UA parts ways with men's basketball coach Sean Miller Regents Approve Changes to Basketball Coach Sean Miller's Contract What's the Impact of the FBI Investigation on Arizona Basketball’s Legacy?
By posting comments, you agree to our
AZPM encourages comments, but comments that contain profanity, unrelated information, threats, libel, defamatory statements, obscenities, pornography or that violate the law are not allowed. Comments that promote commercial products or services are not allowed. Comments in violation of this policy will be removed. Continued posting of comments that violate this policy will result in the commenter being banned from the site.