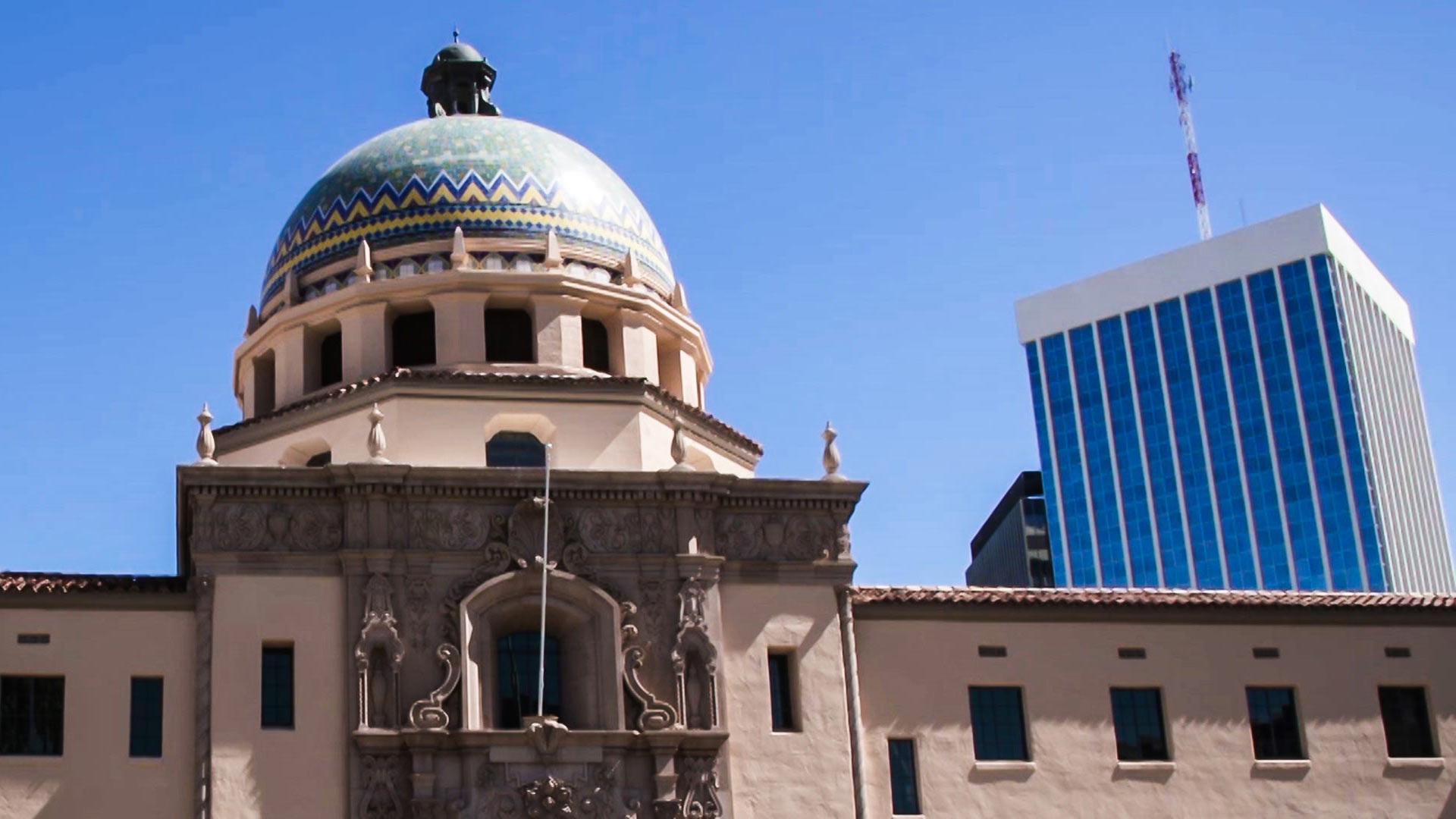 The Pima County Board of Supervisors approved a pair of leases that will fill most of the historic county courthouse.

Visit Tucson and the University of Arizona Gem and Mineral Museum will occupy the original county courthouse, which has been restored.

The leases, according to county Administrator Chuck Huckelberry, are for a rent that nearly matches market value for office space in downtown Tucson.

The University of Arizona is paying a similar rate for a portion of the space it will occupy.

"[The UA] will pay market rate on what we call the laboratory space and other space, market rate on the storage space," said Huckelberry. "The museum space is basically provided at no cost."

Huckelberry said the county provides cost-free leases to two other museums in the area, the Sonoran Desert Museum and the Pima County Air and Space Museum.

The board approved the leases on a 4-1 vote, with Supervisor Ally Miller dissenting.

Miller said she objected to the leases because the county is responsible for nearly $5 million in tenant improvements.

"[Residents] are asked to wait in line," said Miller. "Wait another 20 years for your roads to get fixed."

The leases stipulate that the tenants will pay the county back for improvements.

"In the case of the visitor's center lease, there's a clause in there that says they will directly reimburse, upon construction, $975,000 of tenant improvements," said Huckelberry.

The university's lease states that it must pay back upgrade costs, estimated at $4 million, plus interest over three years.

Supervisors Table Drug Trafficking Grant Supervisors to Vote on Two New Tenants for Old Courthouse Demolition Starts on Downtown Tucson's La Placita
By posting comments, you agree to our
AZPM encourages comments, but comments that contain profanity, unrelated information, threats, libel, defamatory statements, obscenities, pornography or that violate the law are not allowed. Comments that promote commercial products or services are not allowed. Comments in violation of this policy will be removed. Continued posting of comments that violate this policy will result in the commenter being banned from the site.