Filings: No Teacher Donations to Ducey in 2018

No donors to the Ducey campaign listed an occupation in the public education sector. by Zachary Ziegler Tweet 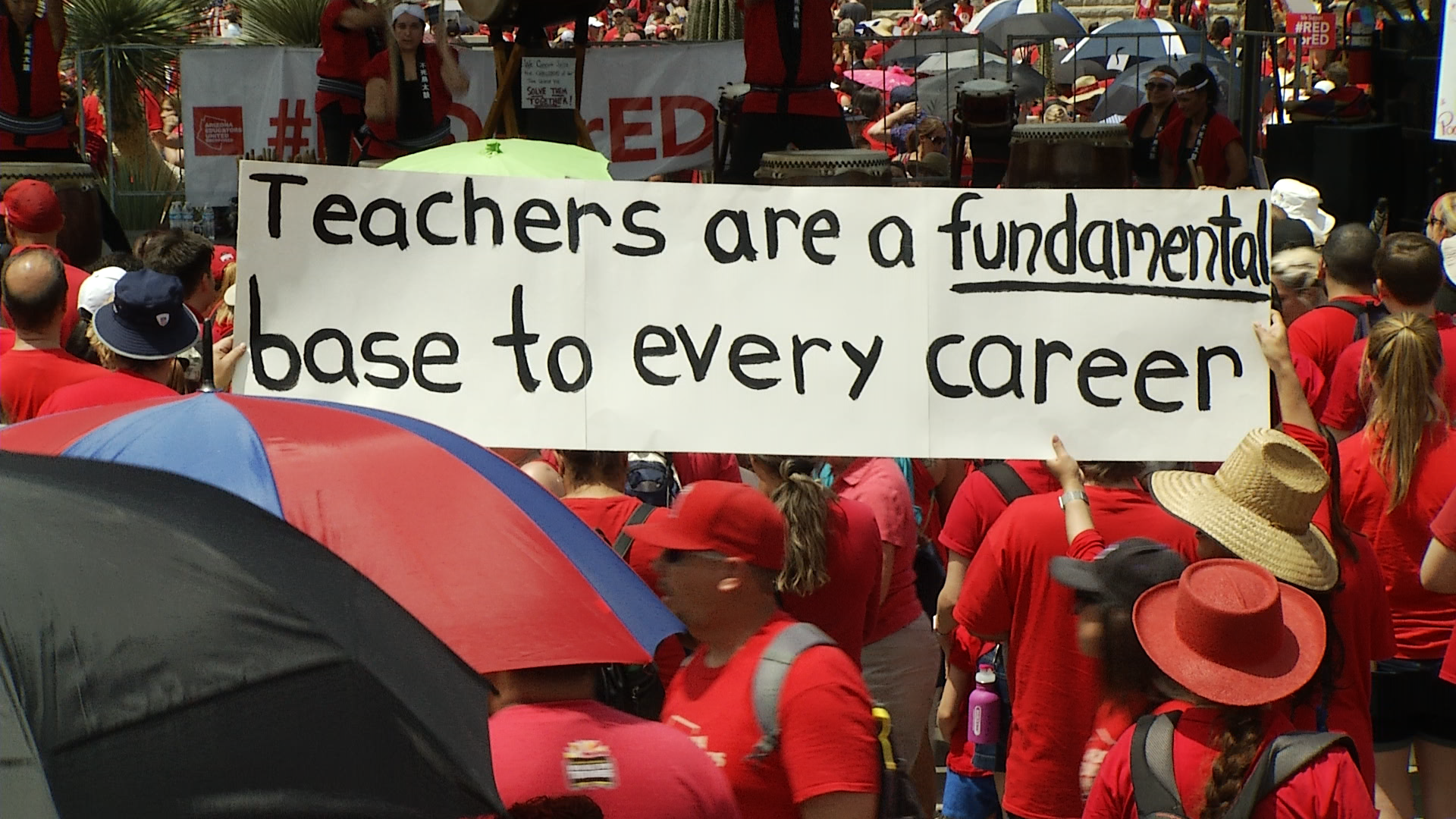 Demonstrators with the Red for Ed movement hold a banner supporting educators outside of the Capitol in Phoenix.
AZPM Staff

Campaign finance filings for those running for governor in Arizona show those employed by school districts are not donating money to incumbent Republican Doug Ducey.

People who list their employer as a school district or k-12 school in Arizona contributed $13,500 to gubernatorial candidates in the first quarter of 2018.

The majority of that money ($11,700) went to David Garcia, who was endorsed by the Arizona Education Association in March.

None of Ducey's contributors listed their employer as a school district or k-12 school.

In the previous quarter, educators donated $20,000. Again, most of the money went to Garcia.

Looking at the big picture. Ducey still leads the other candidates in overall fundraising. Between Jan. 1 and March 30, he raised $550,000.

In comparison, he raised $2.6 million in the last quarter of 2017. He has more than $3 million in his campaign bank account.

Last week, Former Sec. of State Ken Bennett announced a challenge to Ducey in the Republican primary. That means, Ducey will have to spend some of that money before the fall election season.

Sen. Farley has the most money in the bank on the Democratic side of the field. He now has $309,000 in his campaign account.

Fryer's fundraising reflects only her first quarter in the campaign. She raised $88,000 and has $48,000 in her account.

All of these totals reflect only campaign contributions from individuals or PACS. They do not include in-kind contributions or "dark money."

Ducey Defends No-Tax Budget Growth of Teacher Pay Raise Plan How Are Teachers Paid? A Discussion of School Funding With Former Supe Striking Arizona Teachers Gather at Capitol for 3rd Day
By posting comments, you agree to our
AZPM encourages comments, but comments that contain profanity, unrelated information, threats, libel, defamatory statements, obscenities, pornography or that violate the law are not allowed. Comments that promote commercial products or services are not allowed. Comments in violation of this policy will be removed. Continued posting of comments that violate this policy will result in the commenter being banned from the site.