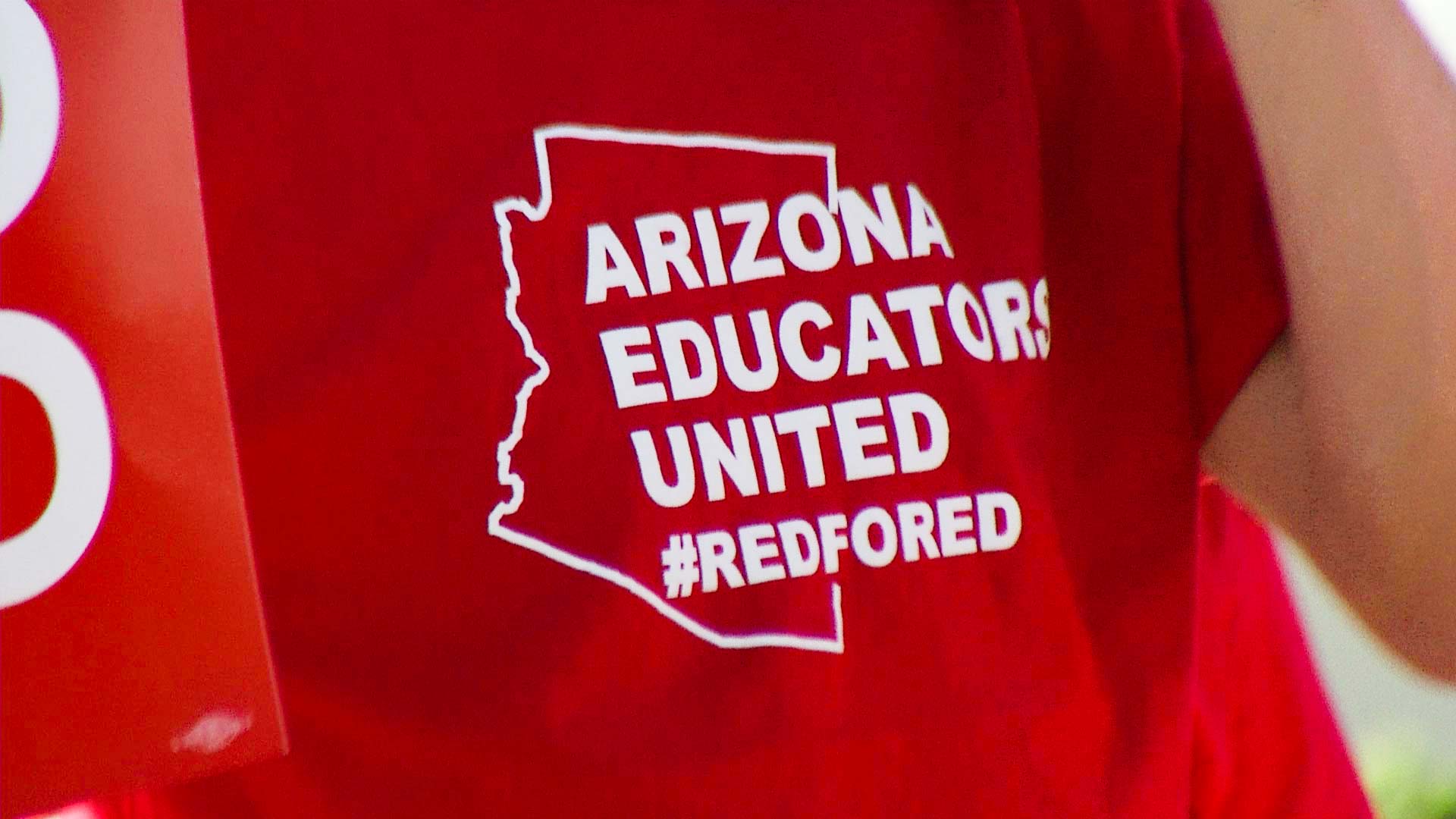 PHOENIX — Thousands of Arizona teachers are gathering at the state Capitol for the third day to protest low pay and school funding as many schools around the state remained closed.

Monday's rallies come as the Republican-controlled Legislature is expected to begin work on a budget package negotiated with GOP Gov. Doug Ducey that boosts teacher pay and some funding but falls well short of educators' demands.

The budget deal gives the first installment of a 20 percent teacher pay raise by 2020 and begins to restore some of the nearly $400 million in recession-era cuts to a fund that helps schools pay for books, school buses and other capital expenses.

Republican House Speaker J.D. Mesnard says he expects that budget legislation will be passed by the end of the week.

Arizona Lawmakers Move to Pass Raises for Striking Teachers Legislature Starts Budget While Teachers Protest Vail Schools to Open Tuesday
By posting comments, you agree to our
AZPM encourages comments, but comments that contain profanity, unrelated information, threats, libel, defamatory statements, obscenities, pornography or that violate the law are not allowed. Comments that promote commercial products or services are not allowed. Comments in violation of this policy will be removed. Continued posting of comments that violate this policy will result in the commenter being banned from the site.