It will be the third Super Bowl to be held at the University of Phoenix Stadium in Glendale. by George Henry, Associated Press Tweet 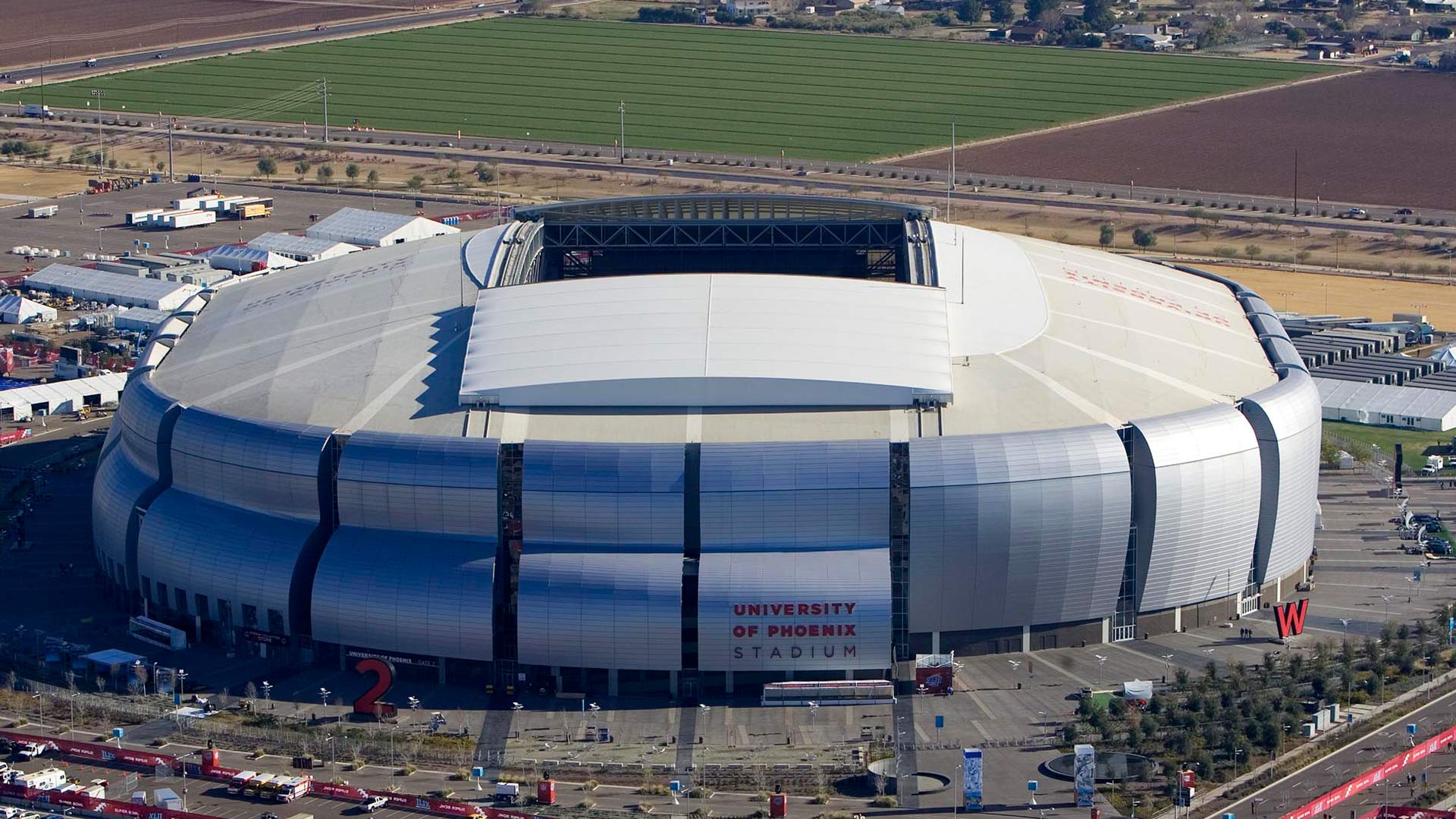 The University of Phoenix Stadium in Glendale, Arizona, has a retractable roof.
Gerald Nino/CBP via Wikimedia Commons

ATLANTA — The Super Bowl is headed back to New Orleans for the 11th time and will make its fourth stop in Arizona.

NFL owners voted unanimously on both sites Wednesday at the league's annual spring meeting in Atlanta, which will host the 2019 Super Bowl at Mercedes-Benz Stadium.

The 2023 title game will be played at University of Phoenix Stadium in Glendale, Arizona, while New Orleans' Mercedes-Benz Superdome will host in 2024.

The retractable roof stadium in suburban Phoenix previously held the Super Bowl in 2008 and 2015 .

"We're thrilled by the unanimous vote and we look forward to making this the most fan-friendly Super Bowl in the history of Super Bowls and bigger and better than any Super Bowl," Cardinals president Michael Bidwill said.

Saints owner Gayle Benson, whose husband Tom Benson passed away in March, appreciated that the vote took only 60 seconds to complete. She attributed the quick tally to New Orleans' unique culture.

"It's different from any other city that we have around," she said. "We just have so many things to offer — the food, the culture, the hotels. We've got it all. It should be (there) every year."

This will be eighth time the game is held at the 43-year-old Superdome, more than any other stadium. Its most recent Super Bowl was in 2013, which is remembered for the power going out during the second half , resulting in a 34-minute delay.

"Yes, we've already completed a number of renovations, but $100 million worth of renovations will be done by the Super Bowl by 2023," Bidwill told The Associated Press.

After this season's game in Atlanta, the next three Super Bowls will be held at Miami's Hard Rock Stadium (2020), Raymond James Stadium in Tampa (2021) and the new Hollywood Park stadium in Los Angeles (2022).

Phoenix Mayor to Step Down Next Week for Congress Run Thousands of Educators and Supporters March in Phoenix for Walkout Former UA Football Coach Tomey on Program's Future
By posting comments, you agree to our
AZPM encourages comments, but comments that contain profanity, unrelated information, threats, libel, defamatory statements, obscenities, pornography or that violate the law are not allowed. Comments that promote commercial products or services are not allowed. Comments in violation of this policy will be removed. Continued posting of comments that violate this policy will result in the commenter being banned from the site.