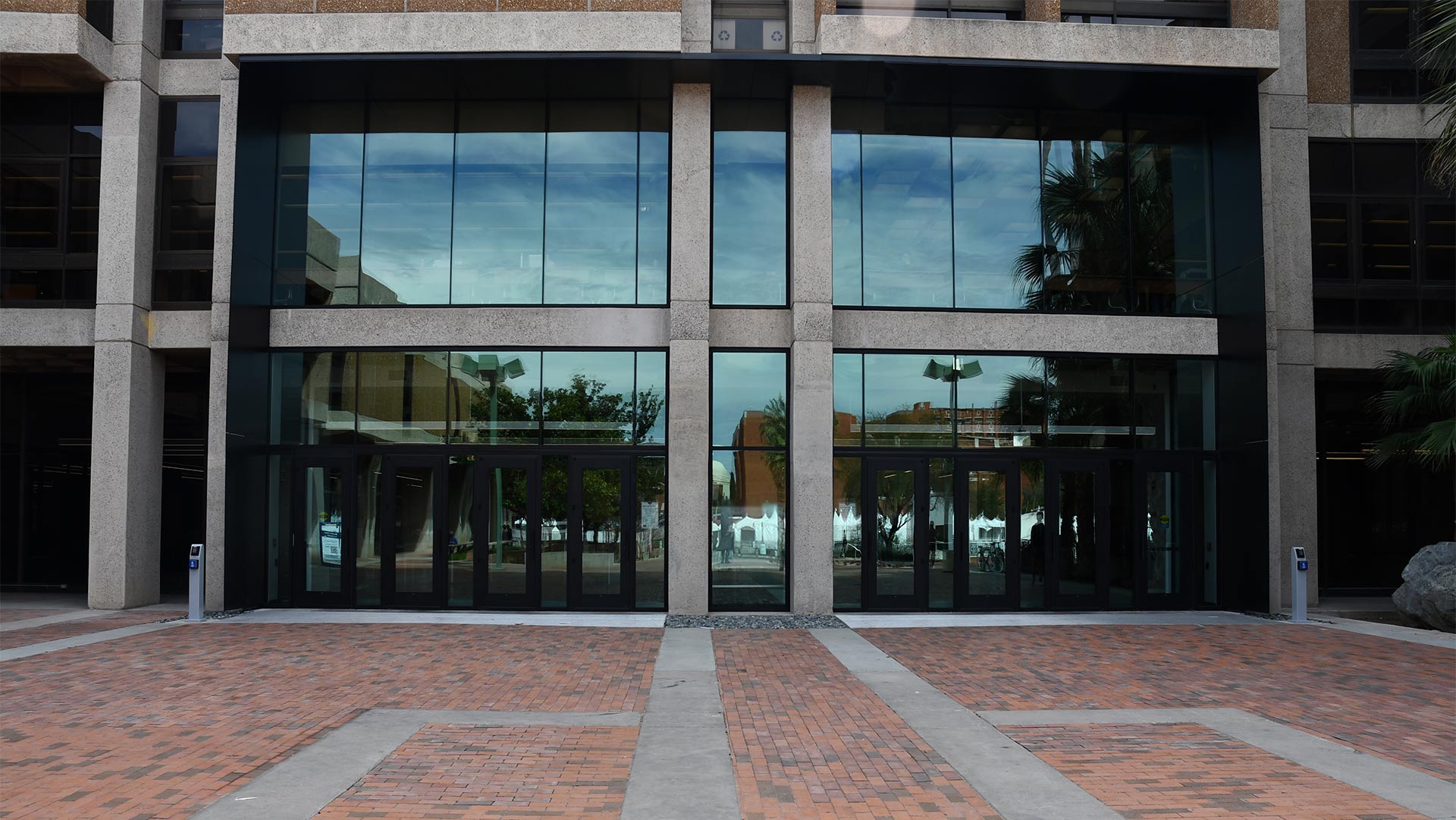 New north side entrance at the University of Arizona main library.
AZPM

A multiyear construction project at the University of Arizona is reaching a milestone.

Renovation of the UA main library entrance was completed this week and crews are finishing work on the library's "Pod A." It is the building that forms the center of the project, which also includes the science and engineering library and Bear Down Gym.

Project manager Lorna Gray says it's the most extensive improvement for the main library building since it opened on campus 47 years ago.

"It received a major addition of a fifth floor back in 2002 and miscellaneous projects over the years but this is the biggest impact we've had on the library in many, many years," Gray said.

The renovation is part of the new Student Success District. Work began in January of last year at a cost of $81 million. Gray says one of the biggest features of the district will be a completely new building dedicated to student services. The entire project is scheduled for completion in October of next year.

UA library one of a few sites getting a summertime makeover Construction Season Underway for Arizona Athletics Buildings That Changed Tucson, 1783 to 2002
By posting comments, you agree to our
AZPM encourages comments, but comments that contain profanity, unrelated information, threats, libel, defamatory statements, obscenities, pornography or that violate the law are not allowed. Comments that promote commercial products or services are not allowed. Comments in violation of this policy will be removed. Continued posting of comments that violate this policy will result in the commenter being banned from the site.