Constitutional amendment would give Arizona a lieutenant governor

The governor and lieutenant governor would run on a single ticket, impacting the order of succession. by Christopher Conover Tweet 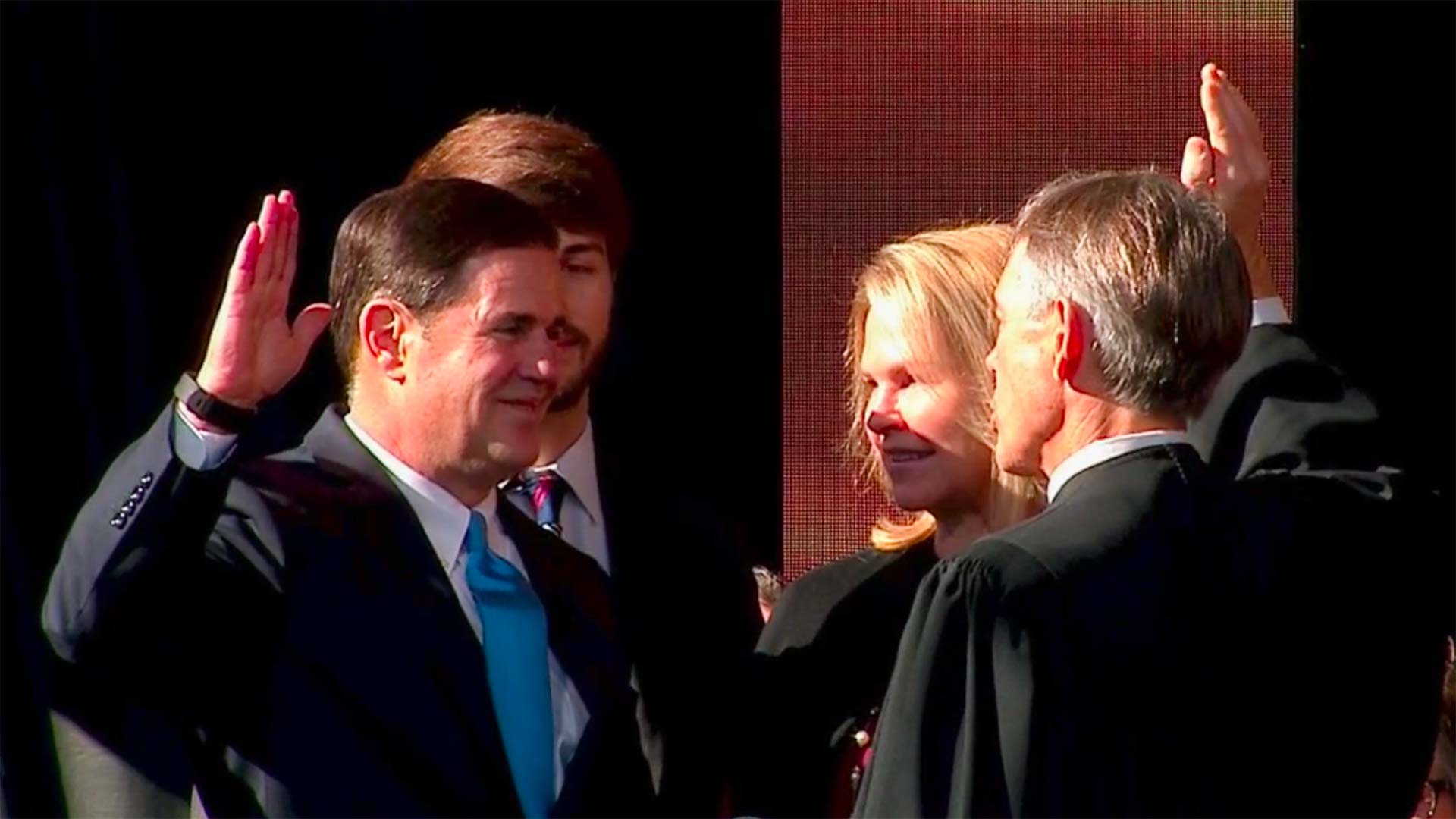 Gov. Doug Ducey is sworn in for his second term, Jan. 7, 2019, in this still image of a live stream of the event.
AZPM

A proposed constitutional amendment, approved by the Arizona House, would give the state a lieutenant governor.

The governor and lieutenant governor would run as a single ticket, the same way the president and vice president do now.

The proposal had bipartisan support in the House.

"When citizens are electing a governor of Arizona, they are expecting a specific ideology out of that office over the next four years. I think that this gives us the best-case scenario to get there," said Democratic Rep. Reggie Bolding.

Currently, if an Arizona governor cannot complete a term, the secretary of state becomes governor. The proposed amendment would change that order, making the lieutenant governor second in line.

Some members of the House expressed concerns about some of the long-term ramifications of adding a lieutenant governor.

The Arizona Senate still must pass the bill before it goes to voters in November.

Checking in on the 2020 Arizona Legislature Arizona House bill would set aside $1M for border cameras Arizona House votes to let landowners build border walls with no permits
By posting comments, you agree to our
AZPM encourages comments, but comments that contain profanity, unrelated information, threats, libel, defamatory statements, obscenities, pornography or that violate the law are not allowed. Comments that promote commercial products or services are not allowed. Comments in violation of this policy will be removed. Continued posting of comments that violate this policy will result in the commenter being banned from the site.