Don Guerra, the owner of Barro Bread, was recognized on Monday. by Christopher Conover Tweet 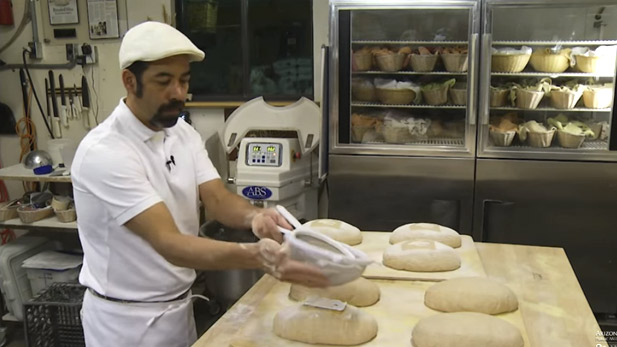 For Don Guerra, making bread is part art, part science, and all about building a community.
AZPM Staff

Don Guerra, the owner of Barrio Bread and other restaurants in Tucson, was recognized Monday as the winner of the Outstanding Baker Award by the James Beard Foundation.

In 2014, Guerra was featured in a story on AZPM's Arizona Illustrated. At that time he said bakers all share a certain spirit.

"They're very nurturing people, they're very patient people because they know bread is not always so predictable. Really baking is kind of a mystery. You can be really good at what you do but I don't think anyone says that they are fully in control of their process. We want to nurture the bread along and hopefully we get to where we want to be in the end. But the whole thing is we're just hoping works out the whole thing is just a daily science experiment," Guerra said.

The James Beard Award is one of the top recognitions for chefs and others in the restaurant industry.

The economics and community of food Biden nominates Cindy McCain to UN food and agriculture post Tucson Joins Food Tourism Network
By posting comments, you agree to our
AZPM encourages comments, but comments that contain profanity, unrelated information, threats, libel, defamatory statements, obscenities, pornography or that violate the law are not allowed. Comments that promote commercial products or services are not allowed. Comments in violation of this policy will be removed. Continued posting of comments that violate this policy will result in the commenter being banned from the site.