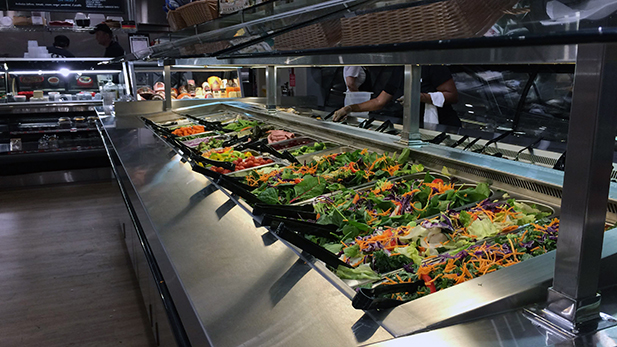 The first grocery in downtown Tucson in decades became a reality this weekend.

After more than a year of renovations, Johnny Gibson’s Downtown Market opened its doors to the public Monday.

Paul Cisek is one of the market's co-owners. He, his wife, and the current owners of the Rincon Market, partnered to open Johnny Gibson's.

He said while there were initial concerns whether the market could be profitable, the partners decided that it's the right time for a grocery to return to downtown Tucson.

Cisek said the market's soft opening was overwhelming, but the reception from shoppers has been extremely positive.

He said there’s still more to come in the next few months when the market’s deli counter and café open.

Johnny Gibson’s Downtown Market is open from 7 a.m. until midnight on south Sixth Avenue in Tucson.

Downtown Tucson Transit Center Developer Selected Swim at an Art Museum? You Can in Downtown Tucson Pima County tourism saw strong rebound in 2021
By posting comments, you agree to our
AZPM encourages comments, but comments that contain profanity, unrelated information, threats, libel, defamatory statements, obscenities, pornography or that violate the law are not allowed. Comments that promote commercial products or services are not allowed. Comments in violation of this policy will be removed. Continued posting of comments that violate this policy will result in the commenter being banned from the site.