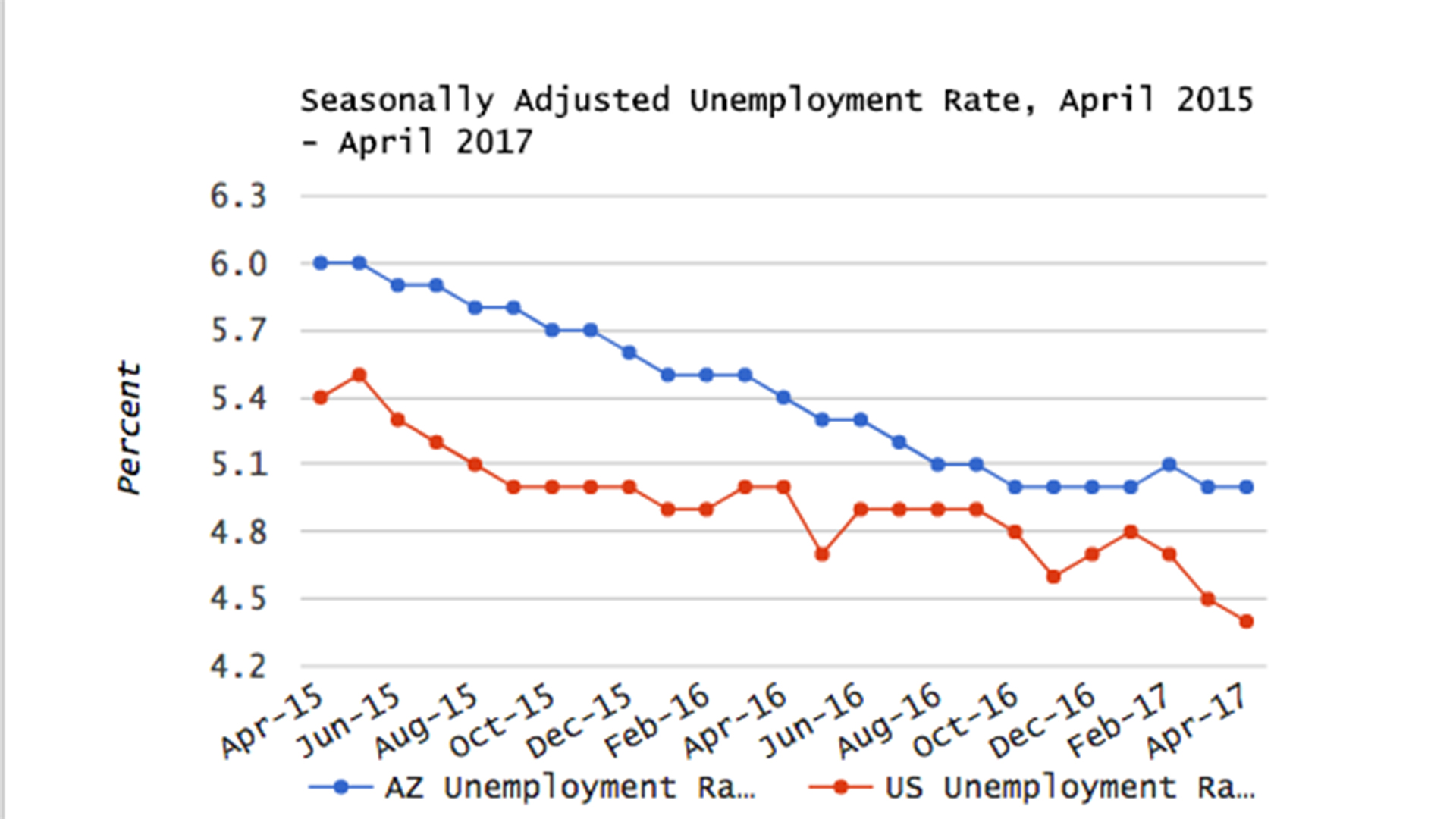 Graph of the unemployment rate for Arizona and the US.
Arizona Office of Economic Opportunity

Arizona's unemployment rate went unchanged between March and April, according to a monthly report from the Arizona Office of Economic Opportunity.

The percentage of working Arizonans looking for jobs has been at 5 percent for six of the last seven months.

A state official said he thinks the flat rate is not a negative sign, given that other indicators in the report show growth in the state's job market.

The number of jobs in Arizona rose by 66,000 since October 2016, which is when the unemployment rate leveled off. The state's workforce has grown by 46,000 in that same period.

Walls said an increase in those areas shows positive growth, but since both went up, the unemployment rate can remain unchanged.

June Brings Seasonal Job Losses to Tucson, State Arizona Unemployment Ticks Up in May Tucson Wages Grow Slower Than Phoenix, State
By posting comments, you agree to our
AZPM encourages comments, but comments that contain profanity, unrelated information, threats, libel, defamatory statements, obscenities, pornography or that violate the law are not allowed. Comments that promote commercial products or services are not allowed. Comments in violation of this policy will be removed. Continued posting of comments that violate this policy will result in the commenter being banned from the site.