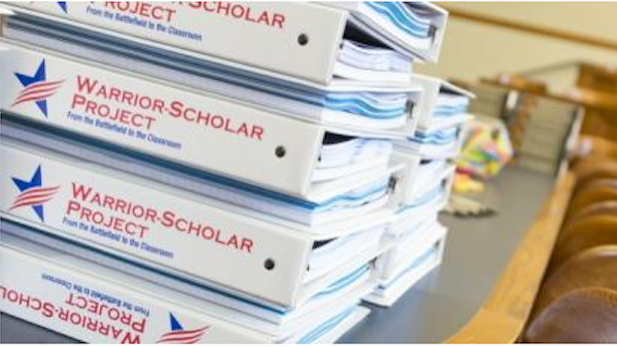 By Bryn Bailer, for AZPM

Brandon Reynolds knows what he wants in life. The 26-year-old entered the Army, rose to the rank of sergeant and is set to transition into civilian life in October. He wants to return to school and eventually work as an orthopedic surgeon.

He and 12 other veterans are on the University of Arizona campus as part of the Warrior-Scholar Project. They range in age from early 20s to mid-40s.

Cody Nicholls, an assistant dean of students and an Iraq War veteran, said the program is important for students who have operated in the highly regimented, bureaucratic world of the military.

“Colleges and universities are another massive bureaucracy that functions entirely different,” Nicholls said. “So to have any exposure to better understand higher education we believe is a tremendous asset.

“In the military, depending on one’s rank, you’re told when to get up, when to go to work, what to do, what to wear. There can certainly be a learning curve for individuals, certainly if they’ve not had any post-secondary experience since joining the military.”

Ragu Rathore, who was born in India, is a member of the National Guard in New York. English is his second language, and he said the program’s writing classes have been especially helpful. His previous academic experience was at a two-year college with a student population of 10,000.

“With Warrior-Scholar, they’re trying to close that gap,” he said. “You’re building a better, more productive veteran for the real world.”

Reynolds said that the help goes beyond writing and reading skills.

“I want to transition from thinking about being in the battlefield and how to protect my country,” he said, “and to shift my mind frame to those same skill sets, just transitioning them into the civilian sector.”

Last fall about 1,200 veterans were enrolled at the University of Arizona, Nicholls said.

Academic Boot Camp Helps Veterans on Path to University, Civilian Life Three Dozen Vets Honored in Tucson for Service in Vietnam Conference Aims to Encourage Young Men to Attend College
By posting comments, you agree to our
AZPM encourages comments, but comments that contain profanity, unrelated information, threats, libel, defamatory statements, obscenities, pornography or that violate the law are not allowed. Comments that promote commercial products or services are not allowed. Comments in violation of this policy will be removed. Continued posting of comments that violate this policy will result in the commenter being banned from the site.